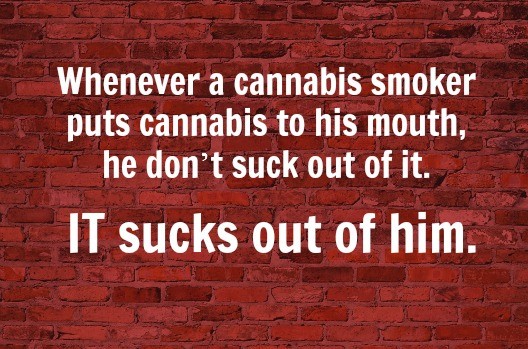 Part 3, of a series about two friends who used cannabis in the ’70s.  (Read part 1, Why I hate cannabis and part 2, another direction)  Now I’m looking back at when I decided to quit, more than 40 years ago.  Note that I retired at age 60, well in advance of my original plan and also before reaching social security age. I retired comfortably, with zero debt, having no mortgage, no car payment, and no credit card debt. Amazing what a clear mind can do for a fella.

As for Don, he’s still alive. I’m glad but surprised he’s still around.  Those afflicted with schizophrenia lose 10-25 years off their lives.

I tell this story of my life  not to brag or otherwise beat my chest about what a “great guy” I am, but to bring to light the mistakes I made with cannabis as a teenager. I want to show how, once I got off dope, my life recovered and I became a healthy, well-adjusted person.   This story is meant to be a story of recovery and redemption, not one of narcissism.

Over the course of my lifetime I’ve learned that truly emotionally healthy, happy people have no need or desire to get stoned.

The rest of my friends 40 years later

Don was not destined for schizophrenia. The proof is in the pudding — his family had no history of it on either side. Don’s story is the most horrible, but I have seen cannabis negatively affect all who have smoked it regularly, including kids in my neighborhood, classmates, and shipmates. None of them have survived regular cannabis use unscathed. All have been damaged in some way.

Everybody I’ve ever known to smoke cannabis regularly achieved a better life after quitting — some sooner, some later. I know only one habitual smoker who never quit.  A former shipmate of mine, “Larry,” like me, is now 60.  His employment record after the military is spotty, although he earned a Masters in Science in Environmental Science. He suffers from chronic nightmares and he’s incapable of supporting himself. It pains me greatly to say that he’s failed in all his career endeavors.  He began using marijuana at age 15.

Unlike a husband whose wife is the primary bread-winner, my buddy is dependent on his wife as the sole bread-winner, like a child is dependent on his mother. Larry would be on public assistance today if not for his wife. He also has no pension outside his small social security entitlement. I firmly believe his development into an adult was arrested when he began smoking cannabis regularly as a teenager. This very intelligent, good man has been irreparably harmed by the weed.   Sadly, too, he is dying of cancer.

In contrast, I attribute the current healthy, happy, and mature state of my life in large part to being free of cannabis.  I inhale only fresh air into my lungs and I drink only coffee and water. I am a slave to nothing.

’70s pot was stronger than you think

There were many strains of cannabis that we smoked back then, not all “weak” even compared with today’s higher THC levels.

Had I continued smoking only Mexican, maybe the negative effects wouldn’t have been as severe.  I smoked a lot of the potent stuff.  The potent stuff was indeed natural in color: brown, red, yellow, and near black, so it was not spiked with other chemicals.

So-called “medical” marijuana is a myth. Cannabis supporters are clever. They know that they can pass cannabis legalization much easier by first slipping “medical” marijuana in thru the back door of public ignorance and apathy. Cannabis addicts will fight like rabid dogs for their dope. Its sole purpose is to get stoned. Since when is getting stoned ever a good idea for an individual or a society?

Finally, I leave you with a quote from a classic film.  Recall One Flew Over The Cuckoos Nest about patients in a mental hospital. In the film the character ‘The Chief’ was having a late night, soul bearing conversation with the film’s protagonist, ‘MacMurphy’, played by Jack Nicholson. The Chief told ‘Mac’ a poignant story about his dad: “My father he was blind … from drinking and every time he put the bottle to his mouth, he don’t suck out of it, it sucks out of him”.

Likewise, whenever a cannabis smoker puts cannabis to his mouth, he don’t suck out of it.  IT sucks out of him.