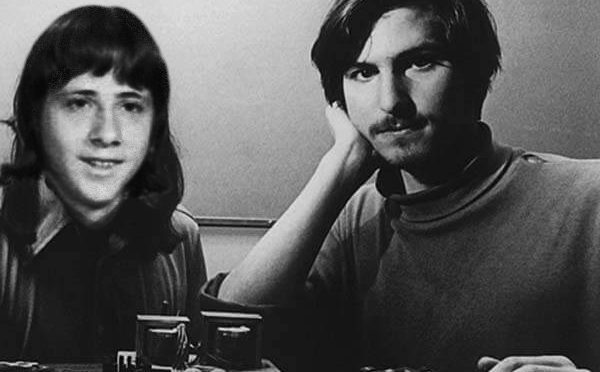 A Story of Two Friends

My name is Tom. I was born in 1957 and am 60 years old, living in Ohio. I am living happily, having recently retired from a prominent local manufacturer and retailer.  Here is why I hate cannabis.

One of my closest friends during my junior high and high school years was a buddy named “Don.” He was two years older and two grades ahead of me in school. Don was also a brilliant math student who tutored many neighborhood kids, helping them get through high school math. Everybody who came in contact with him really liked him.  He was a member of the wrestling team. We lived on the same street, so when he got a car, a cool “hot rod,” I was impressed.  He paid for with the wages he’d earned from his part-time jobs in high school.  He knew his way around the engine of a car, and did all his own repairs.

Don had a steady girlfriend  named “Polly.” The three of us, Don, Polly, and myself, were very close and spent a lot of time together.

We also played neighborhood sports together. It was a time when kids still played spontaneous games of baseball, football, basketball, tennis  —  unlike today.  Don and I had very promising futures.  We enjoyed life!

Another neighborhood kid who had been abusing alcohol and drugs introduced Don to marijuana at age 16. Don soon began smoking cannabis heavily, on a daily basis, and he quit the wrestling team.  By his junior year, his grades began declining somewhat, but not precipitously. Still, Cleveland State University accepted him and he started there as a math major. Around this time, Don’s behavior began changing. It was “real peculiar,” as one neighborhood parent astutely observed.

Don was working part-time to help put himself through school.  In the mid -1970s, kids could afford to put themselves through school and have some money left over. He completed two quarters of college, but dropped out, mainly because all his earnings supported his daily marijuana habit. There’s absolutely no question in my mind that Don, in retrospect, was strongly addicted to cannabis. Back then none of us were aware of what addiction truly was, and we were told that “marijuana is not addictive.”

When Don dropped out of college, he got a full-time job at a local service station as an auto mechanic. Don always had a good work ethic, but continued smoking cannabis heavily.

About two years after Don began using cannabis, I began using that vile drug, too. My life was similar to Don’s. I earned good grades in school and ran on the Cross Country and Track & Field teams. Sadly, my immigrant parents didn’t see the value in sports. They forced me to quit all sports and get a part-time job. Soon after getting a job, I began to use cannabis. Guess what almost all of my income was spent on? Yep- cannabis. I quickly became addicted as well. Soon weed became the sole focus of my life. My grades took a nose dive.

My immigrant parents were clueless about dope. They didn’t know how to perceive the behavioral changes I had been exhibiting. I stopped associating with dope-free kids and only hung out with cannabis users. Occasionally I watched a ball game here and there, but my strong interest in running and playing team sports vanished.

By age 20, Don had lost his job as a mechanic because of the cannabis hangovers.  He couldn’t awaken early enough for his 7am start time. His mental state had deteriorated significantly and his social circle had shrunk noticeably. The only people he associated with were those who would share their cannabis with him. We still hung out together, though, and with the same girlfriend, Polly.

Unknown to me at this time, Don began suffering from delusions and hallucinations. Later, he explained to me that he begun hearing voices. He believed that his girlfriend and her mother were “witches trying to control (him)”. He believed that the song ‘Magic Man’ by the rock group ‘Heart’ was composed directly for him, that he had a telepathic connection with the group’s primary songwriters, namely Ann & Nancy Wilson.

Meanwhile, I’d graduated high school with a whopping 1.9 GPA and was meandering aimlessly through life in a cannabis-induced fog. I was unemployed, had no goals, no clue what to do with my life. All I could think about was getting high. But, by this time, it felt like I was not really getting “high.” Getting high was no more than a euphemism for getting stoned, which to me was in no way a “high.” More realistically, I felt very low each time I’d smoked and became terribly paranoid. My mouth got horribly dry, my eyes bloodshot. I’d feel very depressed, tired, and sleepy each time I smoked. And I’d want to eat the entire contents of the fridge. I’d lost almost all interest in the outside world.

A bad falling out, with cannabis a part of it

Don and I had a very bad falling out, culminating in an ugly, physical altercation. In retrospect, our relationship took this bad turn undoubtedly because both of were suffering from the effects of cannabis.  But Don’s paranoia was far more serious than mine.

Around this time Don got a part-time job at the local restaurant as a dishwasher. This highly intelligent, once promising young man had been reduced to being a part-time dishwasher. Even this position wouldn’t last.  Don’s behavior had regressed to the point where it was disturbing to his family.  Once again he lost his job because of his behavior which by this time had grown increasingly more bizarre. He also lost Polly, his girlfriend and the love of his life.

At about this time, I thought I’d bury the hatchet with Don so I walked to his family home and rang the doorbell.  His father let me in, but warned me that Don is “not feeling well.”  I was totally unprepared for what I was about to see. I saw Don, with my own two eyes, stomping around their small house, holding his head with both hands, moaning & groaning “oh my god” while swaying his body up and down. He was oblivious to my presence. In street parlance, he was “freaking out.” I thought he’d perhaps taken LSD or something similar. I had no idea what was happening to him, so I quickly returned home. It was an awful and terrifying experience, one that is indelibly etched in my mind.  (Stay tuned for the update. Next week, we will publish Part 2 .)and Part 3, the conclusion to a story of two friends.) Part 3 is The Conclusion: 40 years later.