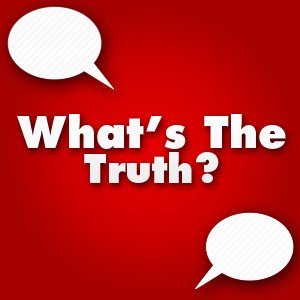 High Times, a militantly pro-drug magazine, agrees.  The April 1995 issue says, “Jack Herer’s book, The Emperor Wears No Clothes, has been instrumental in reviving interest in hemp and has helped create the grass-roots movement for marijuana reform,” [i.e., legalization].

Who is Jack Herer?

Herer, at one time a major drug paraphernalia dealer and self-admitted marijuana user, said his vision of the hemp movement was revealed one night while he was high on LSD.  High Times magazine also claimed a major role in promoting the hemp movement, stating in its May 1994 issue, “High Times had been instrumental in getting the hemp movement off the ground.  Now it was time for us to step back and let the movement run itself.”

PBS television, too, acknowledged Jack Herer’s role in legalizing hemp, airing a documentary entitled “The Emperor of Hemp” on PBS stations around the US in 2001. “The Emperor of Hemp” was promoted as “a profile of industrial hemp vanguard, Jack Herer (rhymes with terror).”  Hemp activists were asked to call their local PBS station and let them know they were interested in the topic of hemp.

A Scientific American “Science and the Citizen,” (12/90) article, Going to Pot A grassroots movement touts hemp’s environmental virtues reported that “The guru of th(e) grassroots (hemp) movement is Jack Herer, a large, hirsute Californian and admitted marijuana partaker….Herer says he has a ‘pipe dream’ in which people live in homes made of hemp particleboard, read hemp newspapers, wear hemp clothes, drive cars powered by hemp-based methanol and even dine on hemp-seed tofu.”  They noted Herer’s book, “The Emperor Wears No Clothes.”

It remained for Jack Herer’s strong and savvy ally, Chris Conrad, Californian, to propagandize and market hemp to the US and the world.  Hemp Times Magazine explained in its 1999 tribute to Conrad, that “although Chris has been at the forefront of the industrial hemp revolution, he’s done so by keeping in the background….He is the un-cited source of background information for hundreds of news reports and thousands of college term papers and speeches.”

In 1988, Conrad focused his attention on cannabis (hemp/marijuana). Because he felt that the activist community was lacking a cohesive strategy, he devised a 3-point plan to restore hemp and re-legalize cannabis in America:  founding organizations, developing and disseminating information, and framing the issue.

In 1989, Chris founded three Los Angeles based organizations (Business Alliance for Commerce in Hemp (BACH), Family Council for Drug Awareness (FSDA), and American Hemp Council, an activist coalition. The American Hemp Council is a model that was used to form activist groups all over the country.   BACH, with representatives scattered throughout the country, has three goals, to:  1) Restore hemp agriculture and all industrial uses of hemp, 2) Legalize (so-called) medical marijuana with a doctor’s oversight, and  3) Set an age of consent and regulate the adult market for personal use of cannabis.

In 1989, Conrad published his flyers, “The many uses of hemp,” “Hemp for the Economy,” “Hemp for Ecology,” “Hemp for Health”, and “Five things you can do right now to help,” and distributed them throughout the country.

The Propaganda and Marketing Strategy

After meeting Jack Herer in 1989, Chris Conrad edited and designed the landmark 1990 edition of Herer’s book, Hemp and the Marijuana Conspiracy: The Emperor Wears No Clothes.  Conrad’s organization, BACH, produced and widely promoted the book for several years.

Conrad’s propaganda and marketing strategy included renaming and reframing the industrial hemp/marijuana issue.  He gave people a new “marijuana language” [industrial hemp is low-grade marijuana].   According to Hemp Times Magazine, 1999, Conrad encouraged Herer to start emphasizing the “h” word instead of the “m” word as a way to mainstream the hemp issue.  “Chris is basically responsible for re-introducing the word ‘hemp’ to America, and by translation, to the rest of the world.”

According to Conrad, he and his network “linked voters, ecologists, farmers, businesses, doctors, and average citizens into an alliance that knows hemp is here for good.  ‘Now the pot smokers need to come out of the closet to win their equal rights.‘”

HIA  (Hemp Industries Association) – hemp’s major US trade group – was founded by Jack Herer and Chris Conrad (its first president and chief architect of the hemp movement) who were ranked #1 and #10 respectively by High Times magazine as two of the world’s “Top 25 Pot Stars.” High Times magazine called Conrad a living legend in the battle for “legal cannabis.”

What do Farmers, Lawmakers Know?

Most farmers and lawmakers don’t know that at least 8 out of 9 of the founding officers and directors of Hemp Industries Association (HIA) – are also vigorous pro-marijuana advocates.  They are unaware because few of them read High Times magazine or attend NORML (National Organization of Marijuana Reform) conferences. HIA has since expanded its ranks to include more mainstream folks such as farmers, merchants, law makers, and others.

Vote Hemp – hemp’s major lobby group – drew from the ranks of NORML for its co-founder and President, Eric Steenstra, who, with High Times, co-produced two pro-marijuana/hemp CD albums.  One entitled Hempilation: Freedom is Norml, features pro-pot bands performing their favorite weed classics such as, “I Wanna Get High,” “I Like Marijuana,” and “Legalize It.”  Steenstra included in his closing remarks on the pro-pot CD liner notes, “Isn’t it time we reconsider marijuana prohibition? … We all need to … demand the end of hemp prohibition now.”   (Emphasis added)

The industrial hemp movement’s provable drug connections are only one of its many drawbacks.  Others include industrial hemp’s shaky economics (lack of infrastructure, high cost of processing, small volatile market) and the environmental hazards of residual stalk disposal.

Farmers and lawmakers should think long and hard before attaching their good names to such a questionable movement.  (Editor’s Note:  Here is a Wikipedia article.)

Jeanette McDougal is Chair of the Hemp Committee of Drug Watch, International; Director, National Alliance for Health and Safety (NAHAS); grew up on a farm; is a member of Arkansas Farm Bureau; was a member of Minnesota Farm Bureau and a former officer on the Board of Ramsey/Washington County Farm Bureau, Minnesota; Currently a member of the Arkansas Farm Bureau; has studied the industrial hemp issue and movement since 1993; Awarded the PRIDE international Youth program, Connie and Otto Moulton Drug Fighter of the Decade Award (April 2005, Cincinnati, Ohio). recipient, Freedom of Information Award, 1982, MN-SPJ for helping keep MN public records open; .and was a drug-abuse prevention teacher, (ret 2001). McDougal lived in Murray, KY for 13 years, and graduated from Murray State University.