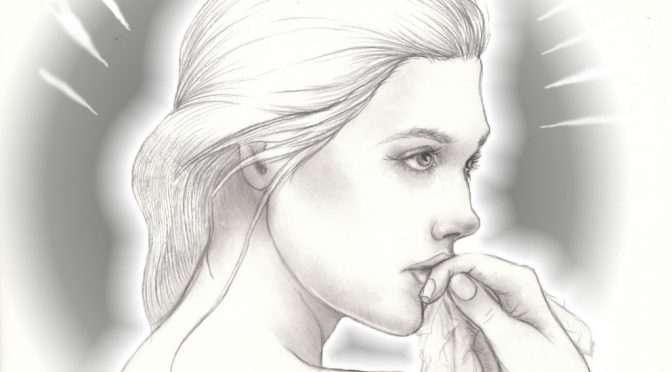 It’s crazy how I feel so much hurt still; I cried while I was writing this. It’s been an addiction nightmare. The last time I wrote to you, it was just a temporary break from all of our drama.  I had hoped, but my daughter was not cured of her marijuana addiction at that time.  Read Marijuana Addiction is Real for background on this story. Here’s my follow-up report.

It’s been a long difficult journey with my daughter due to her drug abuse problem. She would sometimes tell me she’d hear voices and that she needed help. At first, I just thought she was kidding which I regret, but these were signs of drug abuse which I didn’t recognize at that time. She now has opened up to me, she said the first drug she tried was marijuana and it was in middle school. She also began to drink alcohol with her friends at that time. She then tried marijuana again at age 15 with her boyfriend who was known to have a marijuana drug addiction problem. It was as if that one drug was leading her to more drugs; marijuana was obviously her gateway to other illicit drugs.

She was admitted into a behavioral hospital for a few days after she overdosed on 3 tabs of LSD acid; it was scary seeing her drugged, calling for me even though I was there holding her while she attempted to open the window at a third-story apartment where we used to live. I had to call for help in fear she’d jump; she was 15 years old at that time.

Seeing a doctor, and why that didn’t work

The doctor diagnosed her as being bipolar and recommended she start taking psychiatric medications, but I refused and picked her up from the hospital. My fear was that she would start mixing the pharmaceutical pills with illicit drugs which would have caused her to get worse, and accordingly she did get worse. I tried my best to get her help with counseling and other behavioral centers that don’t medicate patients, but she always refused and per the HIPPA laws it was her choice even as a teen. Even so, her medical insurance would only have covered 50% of mental health cost.

Her mental condition worsened, and it was a continuous finding of a variety of drugs and paraphernalia in her room, some of which I didn’t understand at that time. I’d find pharmaceutical pills such as opioids and Xanax pills which were not prescribed to her. I would find my missing spoons in her room, black tar substance on the window panes, torch lighters, strange looking orange flakes.  Now I know this was hash oil which I refer to as man-made marijuana crack weed. It also can be called shatter and dabs. Many of these products are sold online and accessible to anyone including teens.

If it’s legal in Colorado, there’s nothing wrong with marijuana

I felt I failed her as a parent, but then realized it was society failing her, influencing her drug use.   I remember her saying to me that there’s nothing wrong with marijuana since it’s legal in Colorado.

I had to be strong — holding onto hope even when she was getting arrested, overdosing on drugs, attempting suicide with aspirin, and behaving in such horrific manner towards me.

She’d get into physical fights with her boyfriend who also was on drugs. One time she got into a fist fight with her girlfriend who was a big drug user. It was because of drugs that she had a difficult time obeying the law.  She ended up driving drunk and drugged, resulting in a car crash that totaled my car.  She was uninjured, but was arrested.

How the addiction nightmare ended

Due to her irrational decision to drive under the influence of substances, she had two charges against her, a DWI and harassment of public servant.   She spit at the police officer and yelled obscene names towards the officer. The latter shows how drug users just make bad situations worse for themselves. She was fined $4000 and put on probation.

Afterwards, she violated her probation refusing to take a drug test, and was arrested.  She spent 30 days in jail and evidently was detoxing there. It’s been three months since she’s been on probation, and has to take a court ordered drug test weekly for 60 days. So far she’s passing all drug tests.  Now she’s working at a cafe restaurant and plans to go back to college in the fall. Discipline in jail and detoxing in jail had helped her to seek help, and now, almost 20, she’s improving.  She’s more in tune with her life and has ambition; how wonderful it is to see my daughter sober.

Although it’s been a living nightmare all those years seeing her on drugs, I feel content to say there’s been an end to this nightmare. The best part of it all is that she is back to herself, the beautiful person inside her; the girl who enjoyed playing piano.  The caring loving person she used to be is before she started the drug journey. During these past holidays she spent some time wrapping presents and distributing gifts to homeless children at a shelter.  I still have to hold on to hope that she will never abuse drugs again. I will always remember the words a dear friend told me, “Don’t give up on her.”

By a Texas mom