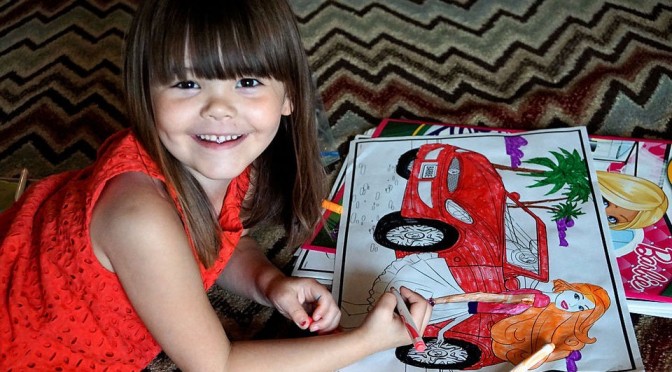 Three years ago a four-year-old girl in upstate New York survived a brutal car crash when her father drove stoned.  The remarkable recovery of Peyton Bean, who survived, is testimony to the advances in modern medicine and the skills of doctors at who treated her.  However, her story illustrates the need to changes laws.

The other side of this story, the sadder part, is the reason the surgery was needed in the first place.  It  demonstrates why we should call for a national campaign to stop stoned driving.   Another girl named Peyton, 8-year-old Peyton Knowlton of Longmont, Colorado, died from a car crash while riding her bike in May, 2016.  The driver who killed her was a 20-year-old man had driven under the influence of marijuana.

Taylor Bean’s father, Bryan Tanner, drove while smoking pot on September 25, 2015 and ended up driving into a tree.  His four-year-old daughter was saved by a heroic policeman who stabilized her body before she could be airlifted to Rochester.

Tanner admitted in criminal court to smoking marijuana driving the car, but only in order to get a plea bargain.   As is often the case, one wonders why a judge allowed the father with such a bad drug problem to have custody and visitation with the daughter.  Tanner served only nine months in jail. His case highlights the failure of both the family courts and DUID laws.

In another crash caused by a marijuana-using father, daughters Ashlynn and Alexis Myrtle faced life threatening injuries while their father was unharmed.   It happened near Redding, California, on March 16, 2012.  The girls were 3 and 4. Today they survive, but Ashlynn is paralyzed from waist down.   Alexis had severe facial lacerations and had to be on life support. Their father, Nicholaas Myrtle, was a “medical” marijuana user, who supplemented marijuana with Xanax and methadone at the time of the crash.

Authorities charged Nicolaas Myrtle with DUI resulting in injury and child endangerment.  The father should have known that “his medicine” interfered with the ability to parent, but pot lobbyists insist marijuana is harmless.  The mother had full custody but Myrtle had unsupervised visitation.  In the end, the jury could not reach a verdict on felony child abuse and felony DUID charges.  The father only got four years probation.  He also entered a plea bargain, which again shows how lightly the laws treat DUID.  At the time of the conviction, a year after the accident, it appeared that Ashlynn would remain paralyzed for the rest of her life.

Highway officer Michael Cregger wrote that when he first encountered Myrtle following the accident, he could smell “burnt” marijuana on his person. (More information came from the Redding Record Searchlight, KRCR News and FindMyAccident/California, March 22, 2012)

Family courts should change too

We need to change laws and change  how family courts consider drug use in matters of custody and visitation.  Judges should practice more  caution in the case of fathers who are drug users.  Or if they insist, the fathers and mothers with drug problem should be required to go to drug rehabilitation.

We have traced 96 child endangerment death related to marijuana use, nine of which involved stoned driving.  In five cases, judges had made erroneous decisions by allowing visitation or custody to parents who heavily used pot. They should have realized that the drug use was a danger to the children.

In the case of Taylor Bean, the mother had questioned the father’s right to joint custody and visitation, specifically because of his drug use.  Peyton went by her mother’s maiden name. Her mother, Taylor Decker, was married to a Robbie Decker at the time of the accident.  A younger sister had been born into this family.  Obviously, the new mother-father arrangement was a better choice for full custody.  Shouldn’t the judge have seen that drug usage was making the biological father incompetent?

If smoking pot while driving with a kid in the car isn’t enough to deny visitation, what is?  This blog presents the case as to why drug-using parents are a threat to children’s safety.  Family court judges should not assume that the responsibility of parenthood makes people clean up their act.

Medical advances save lives, but we still need to change laws

These two cases shout out against stoned driving and also warn  parents that using marijuana can threaten the life of your children.  Let’s start a national campaign to counter stoned driving, similar to the one launched by MADD in the 1980s.   We need to change laws.

(Read our previous reports on how marijuana use by caregivers endangers children. Part 1 shows child justice failures in Court. This series covers neglected children who died in fires in Part 2 . Part 3 covers children who die in hot cars and in drownings. The fourth blog explains parents who are addicted or psychotic from marijuana. In Part 5, we show how children die through violence related to marijuana and in Part 6 presents a solution.)