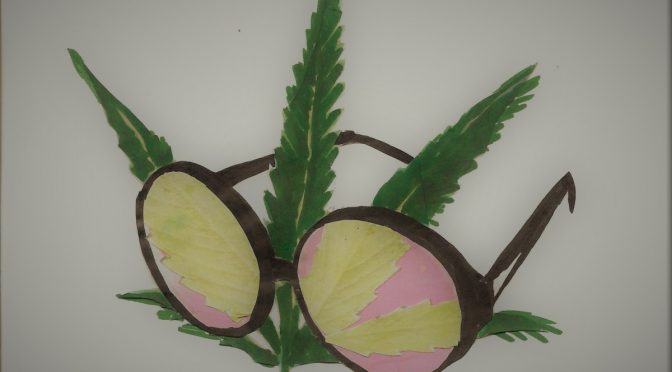 I’m at my wits end dealing with people who advocate marijuana and its “benefits.”  It may have medical uses, but I am tired of the struggles I have had with people who use it recreationally. I am no stranger to marijuana, used it a few times through college, but in no way, have I found it to be a harmless chemical. Just as everything else, moderation is key.

The problem is, I have found very few people that smoke it, to ever do it in moderation. I currently have a new neighbor in my condo that smokes it every day. The smoke seeps through my wall and infiltrates my home. This choice they make, to damage their lungs and brain for the thrill they get, is now infringing on my right to breathe cleaner air. The struggle I have, is that people don’t take it seriously and laugh about it. They make comments that maybe I should just smoke with him, or that THC isn’t that bad anymore.

I realize that people now feel it’s a harmless drug and expect me to just accept it, but I’m sorry, I don’t believe it and I don’t accept it. Just as I don’t believe it makes all people think clearer. I had friends and family that believed they were extremely clever and more creative when high, when in fact, while witnessing their behavior, they were not. It apparently makes many people believe they are more brilliant than they really are. Therefore, I am not an advocate of its general use and it shouldn’t be legal in areas that can affect others who don’t want to be exposed to it.

It Affects My Family, and My Relatives Suffered, too.

I have a two-year-old at home and I don’t want to have constant exposure to marijuana smoke or tobacco smoke. Honestly, no smoking should be allowed in complexes w/ more than 5 families for safety reasons and for air quality issues. If people want to smoke anything, they should move somewhere where their habit doesn’t affect anyone. Live in a detached house or an island, where it only affects you. Move, please, because I am tired of having the same conversation with people who constantly make irrational decisions due to their drug use.

I had a brother who died last year, 54 years old, from his battle with emphysema, after years of pot smoking. His wife and kids all smoke cigs. His son is also a heroin addict, his wife a crackhead, his daughter a pothead, son-in-law heroin addict and alcoholic.  The son’s girlfriend died of a heroin overdose. My brother started out as a pothead, and his life continued down a road of addictions. Instead of dealing properly with his psychological issues and ADD, he treated himself with pot, then other things. If he had sought proper attention, his life choices would have been different and his family wouldn’t be caught in the same vicious cycle.

Trying to Convince People not to Smoke is Impossible

This downplaying of marijuana aggravates me. When you are actually having to personally deal with potheads as the sober one, it is almost next to impossible to connect with them and lead them to make rational decisions, like paying bills, getting to work on time, being productive and reliable people. All of these things, get twisted in the minds of long-term pot smokers. Additionally, trying to convince pot smokers that it is unhealthy to smoke it, doesn’t work.

I worked in a toxicology lab 5 years, so I have some understanding of what it does to people and how it affects the brain. Sure, THC isn’t as bad as meth or benzos, but it isn’t harmless. It causes changes in your brain. Really, the purpose of our lungs is to bring oxygen to our blood. When you put anything else into the lungs, it compromises them. Only air should really go into them, otherwise you damage them.

Your Rights Stop when it Hurts Others

Sure, people have the right to do this if they want, but shouldn’t I have the right to drive on the road where someone isn’t high? Shouldn’t I have the right to live in a home where it is smoke free? Why am I wrong to want the freedom to live drug-free? Yes, alcohol is legal, but it isn’t legal to drive intoxicated. And if someone walks around belligerent in my building cussing & acting nuts, I call the police. But if someone were to drink in their own home, it doesn’t affect me the way marijuana does unless the drunk were to leave the water running.

Regardless of the severity of a drug’s effects, people need to know and realize that whatever drug they choose, it doesn’t just affect them.  It affects everyone around them; and that’s the major issue I have with marijuana and any drug use. My family has suffered from drug addiction and I’m so extremely tired of it. Stop looking at marijuana through the rose-colored glasses.