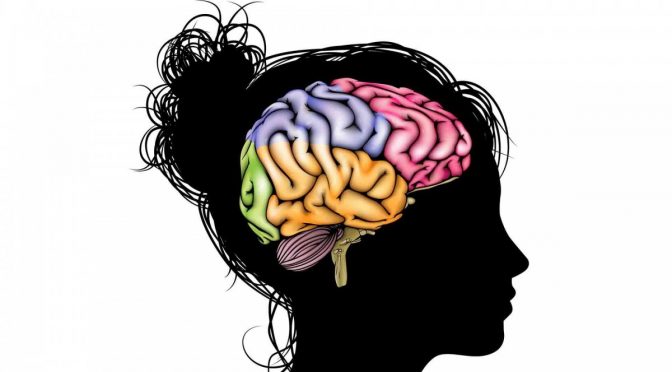 Foodies who admire Michael Pollan’s The Omnivore’s Dilemma include parents opposed to marijuana and its manipulation into an increasingly potent, dangerous drug.

Pollan is writing a book about possible medical applications for psychedelics, which would fit nicely into an agenda promoted by the Drug Policy Alliance, MAPS and Erowid.  Surreptitiously, these pro-drug lobbyists and groups are trying to legalize all drugs. If they get popular writers on board, it will be so much easier.

Psychedelic drugs lead to altered consciousness, changes in heart rate and hallucinations.  In some regards, marijuana is a psychedelic, but not in the same way that LSD, MDMA and others.

MAPS pushes pot as treatment for PTSD, even though an important study from Yale suggests that pot worsens PTSD in veterans.  Bad psychiatric treatments are nothing new.  At one time, the public also believed in lobotomies as a treatment for mental illness.

Drug Policy Alliance uses “social justice” reasons to push for legalization of all drugs, first through decriminalization.*  The social justice angle isn’t a good argument, because drug dealers, legal and illegal, target minorities and poor communities.  Dig a little deeper and social justice appears to be the excuse, not the true reason the DPA argues for drug legalization.

Drug advocates are promoting many psychedelics as medicine: psilocybin mushrooms, LSD, marijuana, MDMA (Ecstasy) and ketamine.  Psychiatrists of the ’50s and ’60s experimented with these drugs as psychiatric treatments. The most famous one, Scottish Psychiatrist R.D. Laing, experimented with LSD to treat some patients.  Although he had genuine empathy towards the patients, Laing’s methods and those of his followers are often considered worse than failure.  (Psychiatrist Isidora Ranjit-Singh explains: Laing “didn’t understand the interaction between illicit substances such as LSD and cannabis and mental health: illicit drugs are a contributory factor in psychosis. LSD is an awful drug that can result in seemingly psychotic flashbacks which can continue after the patient has stopped using it.”)

As long as we do not know the cause of many psychological issues, using psychedelics is like playing with fire.  Emil Kraepelin, father of modern Psychiatry, maintained that catatonia and schizophrenia wouldn’t be solved until we know their cause.  It doesn’t always boil down to genetics.  When the root cause of a mental issue is trauma, there are successful therapeutic models and we don’t need new experimental drugs.

As for schizophrenia, marijuana is the one known trigger which can lead to this condition of permanent psychosis.

Psychedelics Study is Chance to Learn from Past Mistakes

Movers and shakers behind “medical” marijuana use the term “compassion” as a marketing scheme.  To avoid FDA scrutiny, they devised a scam, recorded on videotapes, to bring about full legalization.  Perhaps they’re pushing new “medicinal” uses for hallucinogenic drugs  for similar reasons.

Ethan Nadelmann, formerly executive director of Drug Policy Alliance, explained the underlying plan on Reddit.   “Michael Pollan’s forthcoming book on psychedelics and medicine will take media interest to yet another level. The more people know about this, the faster psychedelics will be legally accepted as medicines.”  Nadelmann engages his followers with wishful thinking.  In a TED talk, he said: “Our desire to alter our consciousness may be as fundamental as our desire for food, companionship, and sex.”

When Pollan has spoken to the press, he mentions psychedelics as  “palliative” care in people facing the end of life.  It sounds familiar, because the pot lobbyists initially promoted medical marijuana for end-of-life care.  In reality, it’s mostly young men with pain who use “medical” marijuana, not the cancer and AIDs patients for whom it was intended.  More recently pot advocates promote it to treat psychiatric disorders.

If hallucinogens can be used help in controlled settings, would those who become “caregivers” practice snake oil medicine? Would they set up they type of shams that plague “medical” marijuana?  Again the public could be tricked, since everyone has compassion for the terminally ill.

There are strong ethical reasons not to endorse psychedelics, or to give so much power to psychiatrists and gurus. It would entail knowingly utilizing drugs that can make certain people worse.  Furthermore, it would put incredible power into the hands of “caregivers”  and psychiatrists. If teens get the idea that a drug is “medicinal,” they will think it safe to use –by anyone on any occasion.

When the US Government Has been “Right”

Although the US government gave some bad dietary advice over the past decades, it has revised some of the mistakes.  Diet dictocrats now recommend eating eggs, the right kind of fats and fewer grains. Americans are eating better because they listened to critics such as Michael Pollan and many others.

Pollan didn’t really discuss the negative consequences of marijuana while writing an earlier book, The Botany of Desire. Hopefully, he has read the recent information about marijuana as a trigger for psychosis, which is plentiful.  Many new academic studies have been published since his book came out in 2001.

Too often, therapies used in psychiatry are not as effective as people initially believe.   We need take a skeptical view of psychedelics, also. While Nadelmann wants the book to bring acceptance to psychedelics, Pollan has given interviews which don’t suggest that goal.  His book sounds more informational than promotional.

Drug advocates wish to normalize drug use in order to capitalize on it.  By using drugs, they hope to bypass the hard work it takes to obtain true spiritual growth. Modern America is not comparable to the ancient, ritualistic and shamanistic cultures that traditionally used psychedelics.  We need our food to keep us alive, but we don’t need intoxicating, hallucinogenic drugs to sustain us.

* Drug Policy Alliance recently put out a paper on decriminalizing all drugs, a first step towards legalization.  This group often talks about Portugal’s decriminalization of drugs while suggesting the country has legalized which is false.  Portugal does drug assessments and treatment, which DPA does not want.   Please fight against the current attempt to legalize marijuana — through the backdoor.