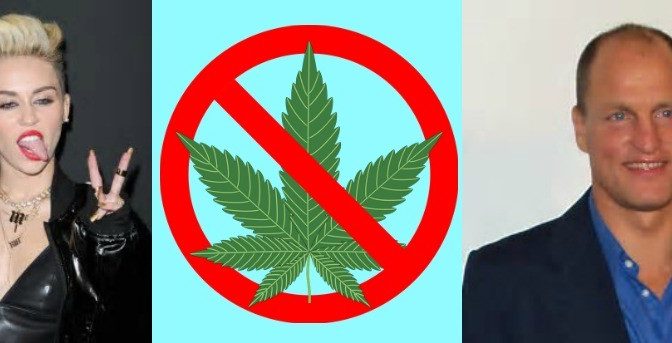 About a week ago,  24-year-old Miley Cyrus announced that she hasn’t smoked marijuana for three weeks  The star stated that, “I like to surround myself with people that make me want to get better, more evolved, and open. And I was noticing, it’s not the people that are stoned.”

Cyrus began her career at a young age when she landed the role for Hannah Montana in 2004. Two years later she launched her singing career with the release of the Hannah Montana soundtrack which featured her father, Billy Ray Cyrus.  In 2012 in an attempt to distance herself from the Disney persona she decided to chop off her hair, thus creating the Miley with whom we are all now very familiar.  Some of her most “famous” antics were when she twerked on stage with Robin Thicke at the 2013 MTV awards, and also when she pulled out a marijuana cigarette on stage European Video Music Awards.  There were several weed references when she hosted the awards in 2015.

Recently the star is approaching life with a new attitude. Miley insists that the decision to stop smoking pot was entirely her call and also shared that, “I’m completely clean right now!” She is now excited to focus on some new music.  She also began talking to her ex-fiancé again, Liam Hemsworth, as well as working as well as working on her relationship with him. It’s rather amazing to see the change in a person after they stop using drugs. 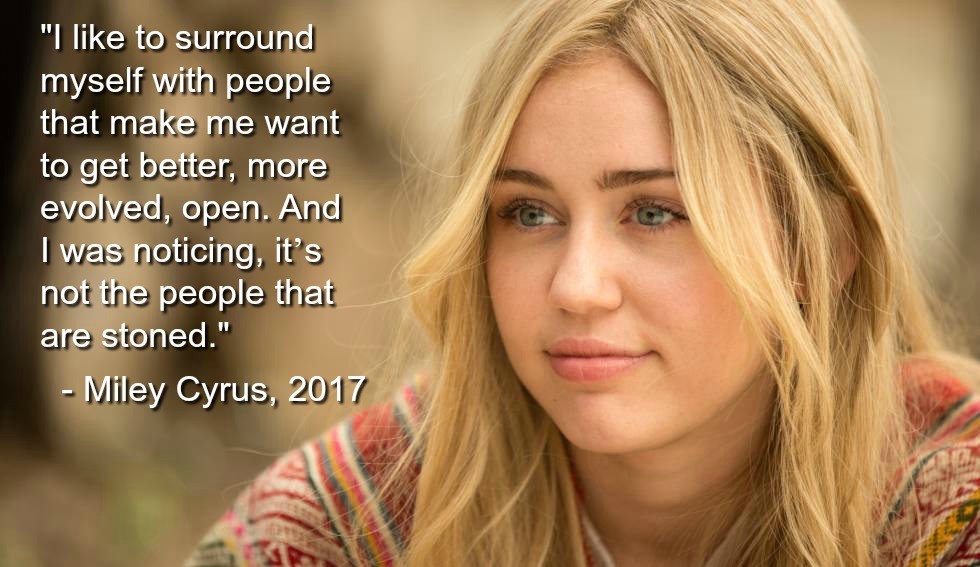 Woody Harrelson Says Pot Kept Him from being Emotionally Available

Another celebrity who recently renounced their love for marijuana is long-time activist Woody Harrleson, who held a position on the advisory board of the National Organization for the Reform of Marijuana Laws (NORML).  After 30 years of partying and smoking marijuana he said, “The drug kept me from being emotionally available.” In 2016 the actor submitted an application to start open a medical marijuana dispensary on his island home of Hawaii. His request was denied in May and this might have been around the same time as he started to quit smoking pot. As of March 21st of this year Harrelson told the media that he had been clean from marijuana for the past year and he intends to stay clean in order fto live the life he wants.

Celebrities who quit smoking for their kids

Clifford Smith, also known by his stage name Method Man, is a famous rapper who is known for his role in marijuana advocacy. His role in the movie, How High, and lyrics in the song, Tical, are a few examples of how the celebrity promotes marijuana use to his audiences. Although Smith has not completely sworn off marijuana, he has definitely backed off the forefront of advocacy. In an interview he mentions that raising his kids is more important than being high all the time. And it has come as a major shock to fans and people who have seen and heard his work. Method Man is part of the rap group, “The Wu-Tang Clan” which consists of 10 different artists, two of them being nick named RZA and GZA. These two members decided to stop smoking before Method Man; their decision to quit may have rubbed off on their friends!

Boston native, Mark Wahlberg, also recently quit using marijuana because of a conversation he had with his daughter. He said, “One day we were driving and you could smell it from somewhere. My daughter asked what the smell was so I told her it was a skunk. Then she said, ‘Sometimes Daddy smells like that!’ to me and my wife. So I knew I had to quit.”

These are just a few celebrities who have quit using marijuana. For a longer list, please click here.