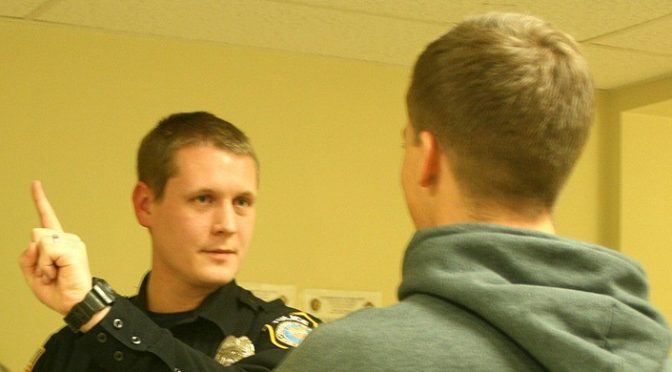 How do we know a driver is marijuana-impaired?

All around the U.S. there are horror stories of passengers being seriously injured or killed by other drivers who are under the influence of marijuana.

Stoners will argue that, “I drive better when I’m high, ” but unfortunately for them science tells us that this is not the case. The National institute on Drug Abuse conducted a study with 19 participants in “the most sophisticated driving simulator of its kind to mirror real-life situations.”    Read about the study on marijuana impact on driving.

Although marijuana had a less dramatic effect than alcohol on drivers the study found it still impairs driving performance.  Researchers found the drug reduced the drivers’ peripheral vision giving them tunnel vision.  Drivers with blood concentrations of THC, the main psychoactive ingredient in marijuana, showed increased weaving within the lane, similar to those with 0.08 breath alcohol, the threshold for impaired driving in many states.

Currently there is no federal regulation on the amount of  marijuana allowed to be in one’s system while driving.  Since legalization, both Colorado and Washington have agreed that the base level would be five nanograms.

How do police officers go about testing for marijuana in a drivers system? Currently there is no standardized test for officers to use in order to determine the marijuana intoxication level of a driver.

States that have decriminalize laws are much tougher to prove marijuana intoxication since the person in question might legally be allowed to possess the drug.

Something needs to change

Within the past few years there have been multiple instances where “professional” drivers have been cited for being stoned on the job. Recently on March 28th, 2017 a school bus driver in Massachusetts was called out by students for smelling like marijuana.

He was arrested on scene but will most likely not face charges since there is no proven way to accurately test for the marijuana in his system.   Laws vary from state to state regarding what kind of background check different drivers have to go through.

For instance, in Pennsylvania school bus drivers are required to submit finger prints to the FBI, provide a urine sample, and complete a background check before being appointed the position.

However in Kansas, it is not required by the state to have a background check performed on a school bus driver, although the option is still available.

Also in Washington State, fatal driving accidents had risen 122% between 2010 & 2014.  Since dispensaries have opened, the number of drivers testing positive for pot jumped by one third.

The first marijuana related death in Washington occurred when a young man went to pass another car on the highway. He crossed over the center line and struck another car head on and then managed to hit another two cars.

The passenger in the car was also killed on scene but the driver he hit head on managed to survive the impact. Later on it was discovered that the deceased driver tested positive for marijuana.

On October 4, 2013 a young adult male riding his motorcycle died after being struck by a stoned driver.  The driver, Caleb Floyd, made an illegal left-hand turn into the cyclist killing him at the scene. Blake Gaston had just left dinner that night with his family and was headed home when he was struck.

At Floyd’s sentencing there was not one dry eye in the room when Mary Gaston, Blake’s mother, was speaking. She had this to say, “I heard the thud, and I knew — I knew immediately that he had been hit, the force of the impact resulted in a horrific death. I know because I was there. I watched my son die.”

Floyd received a 34 month prison sentence with an additional 365 days hanging over his head if he somehow violates his plea agreement with the court or his probation once he is released.

Unfortunately the California Highway Patrol doesn’t keep statistics on traffic accidents attributed to marijuana use. But, according to Prop 64 backer Nate Bradley; who just happens to be a former police officer, the new marijuana initiative will actually help to put protocol into place to test for impairment.

California is legalizing first and asking questions later. “The initiative would direct $15 million over five years to the Highway Patrol to determine protocols and best practices for detecting people driving under the influence of alcohol and drugs, including marijuana.”  Since Colorado and Washington haven’t found ways to cut out the stoned driving, why would California do any better?

More states across the country are seeming to adopt this relaxed marijuana policy and before you know it, a good majority of drivers on the road will have marijuana in their system.