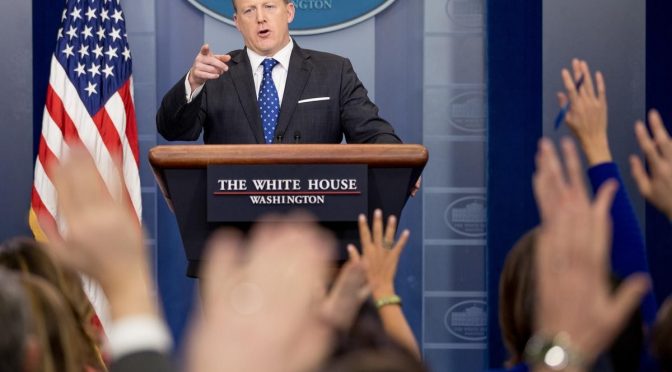 White House Press Secretary Sean Spicer said in a Press Conference yesterday that the Justice Department may change how it handles the legalization of marijuana.   His statements suggests a new policy towards states that have legalized marijuana, and are in violation of federal law.  His comments showed that the Administration realizes that marijuana expansion is linked to the opiate epidemic.

The absence of an expression of concern about what is happening medical pot states is disconcerting.  There are serious health consequences, increased youth use, lack of controls, ongoing black market and outright fraud.

We know that many of the youth who went into psychosis or mental illness received their marijuana from “medical” marijuana cardholders.   Some also had doctors who authorized it without properly diagnosing and checking the patients.  It is often a system just as bad and reckless as the “pill mill” doctors.

Smart Approaches to Marijuana issued a press release and statement about Spicer’s comments.  “The current situation is unsustainable. States that have legalized marijuana continue to see a black market for the drug, increased rates of youth drug use, continued high rates of alcohol sales, and interstate trafficking, with drug dealers taking advantage of non-enforcement,” said SAM President and CEO Kevin A. Sabet.

Marijuana which has skyrocketed in average potency over the past decades – is addictive and harmful to the human brain, especially when used by adolescents. In states that have already legalized the drug, there has been an increase in drugged driving crashes and youth marijuana use. These states have seen a black market that continues to thrive, sustained marijuana arrest rates, and a consistent rise in alcohol sales.