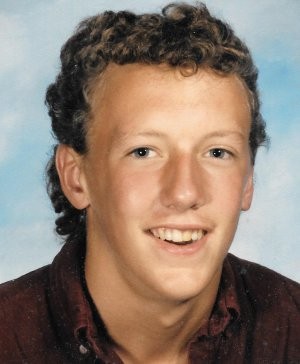 Guest testimony by an Arizona resident

Here’s one story.  As personal and painful as it is to relate, I write this account hoping that efforts to legalize the use of recreational marijuana will be defeated.

My second son, Chris, had an outstanding secondary school career. As the youngest student in a class of 315 students, he was the valedictorian. At spring honors day, he received the American 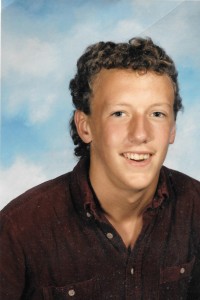 History prize, the best peace essay, a state and national scholastic writing award, the best student in mathematics award, AP Calculus award for the highest score and the Student Leadership award. But he was no nerd. He was President of the Student Council and Co-captain of the wrestling team. He had a ton of friends and he loved to backpack, kayak and rock climb. My only worry about him was his lack of fear in tackling any physical challenge.

On a holiday break in his first year at Stanford, he came home and went out with some of his friends. About a half hour later, he came running back home in a state of absolute panic. This fearless kid was terrified and in a state I hardly recognized. He thought the woods were surrounded by FBI agents and that a high school football star was trying to rape him. It turned out that the kids who picked him up were smoking marijuana. Evidently, this was not Chris’ first time. With all his accomplishments, he always tried to be one of the boys and smoking weed was what they did. I felt a tremendous sense of guilt because I hadn’t thought that it was necessary to talk about drug use with my own boys.

That night was a marker for his steady mental decline which continued even after he ceased using marijuana. Within two years, he was exhibiting full-blown schizophrenia. In his first of six hospitalizations, the doctor told us that he had a severe case and we should expect his mental acuity and his social affect to decline. The positive news according to the doctor was that Chris was high functioning enough that the decline could be tolerated. He was wrong.

The next ten years were not pretty. This thoughtful, intelligent, winsome child became extremely paranoid and sometimes violent. He heard voices continually and his thoughts became completely disordered. Once a promising writer, his journals show a steady progression from cogent essays to paragraphs and sentences that don’t make sense to jumbles of meaningless word combinations. Hospitalizations and attempts to medicate him had no effect.

At the age of 28, perhaps in a moment of lucidity recognizing what had become of him, he took his life.  Although there will never be any proof that marijuana was the cause of his schizophrenia, I believe that the first panic episode I witnessed was a precursor and initiator of his illness. This is certainly consistent with the scientific studies which suggest the correlation between early marijuana use and schizophrenia.

Proposition 205 would imprint on young people that recreational marijuana use is without risk.  No wonder that so many social agencies, medical professionals, state officials and business groups oppose its passage.

I am sure that many people smoke marijuana on a limited basis with no apparent ill effects. However, there is ample scientific evidence that marijuana use by teenagers whose brains are in the developmental stage are at risk for psychotic events which may be long term.  There is also evidence that long-term use by adults can also lead to mental impairment issues. For anyone who is interested, I can share a bibliography of over 60 scientific articles addressing the risks that early marijuana use poses.

Editor’s Note:  It is a public health failure that we have not warned young people they are at risk for psychosis and other mental illnesses from marijuana. But as this author remarks, risks remain for those who start using marijuana as adults.  Our recent article summarizes the dangers of marijuana, and why it cannot be consumed safely by anyone.