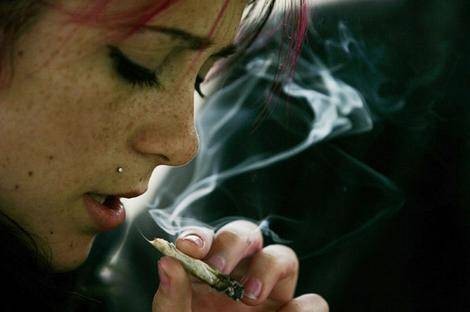 A Growing Threat to Our Youth

There are several reasons that marijuana should no longer be called a soft drug, which is misleading. The cannabis of today is undeniably a hard drug.   Dr. Darryl Inaba, Director of an addictions recovery center in Medford, Oregon was recently interviewed on the science of marijuana addiction.  He said:

“As a clinician who has worked with those who experience medical, emotional and social problems from its use for the past 40 years, I am concerned about the life consequences that legalization will have on those who are vulnerable to developing problems from its use, especially youth users who are most at risk.

“Currently about 17% of those who are treated for substance-related and addictive disorders in the United States list marijuana as their primary and many list it as their secondary or tertiary drug of choice. It is, in fact, the substance most often listed by the 1.8 to 1.9 million treated for addiction each year in this country.

“The majority of the clients I have treated for CUD during the past 40 years were self-referred, not criminally-referred into treatment.  They entered treatment because marijuana was causing severe dysfunction and disruption in their lives and they desperately wanted to stop despite the great ridicule they were getting from others calling them a ‘wussy’ who should go out and get a real addiction like heroin or meth before needing any help to stop.”

Those with Cannabis Abuse Disorder will not be able to stop without help.  Dr. Inaba goes on to explain the problem with stronger strains of marijuana today,  “dabs,” “spice” and edibles.

Dr. Martien Kooyman of the Netherlands  said the following about the truth of today’s pot:

“The cannabis grown and sold today is not same drug as was available in the 1970s. The average THC has increased to more than 15%. Cannabis issue can clearly lead to addiction. The damage to the brain from chronic use is worse compared with chronic use of heroin. Among the negative effects of long-term cannabis use in adolescence include neuro-psychological dysfunction, decline in IQ, short memory, among others.”

Dr. Kooyman vehemently stated that cannabis can no longer be labeled a ‘soft’ drug. There is no justification to have different laws for cannabis than other drugs (labeled as ‘hard’).

“The legalization of cannabis reinforces already existing opinion among youth that there are no risks in using cannabis.” Dr. Kooyman made these comments at a special session on cannabis at the World Federation Against Drugs meeting, held in Sweden, 2014.

Marijuana advocates insist it’s not as dangerous as heroin.   Existing studies on addiction are not accounting for the higher THC of today, over 16% in Colorado and average more than 20% in Washington.  In the old studies, the rate of addiction was 9% for adults and 17% for those who began as adolescents.   In essence, your chances of getting addicted to marijuana were roughly the same as the chances for getting addicted to alcohol.

These statistics need to be studied again, accounting for THC that is averages about 4x higher than previously.   Furthermore, “dabs” and “wax” are off the charts in THC, very potent and addictive.