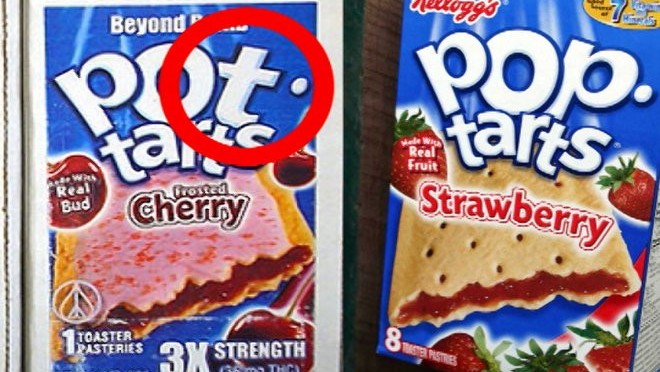 California’s Proposition 64 is called the Adult Use of Marijuana Act, or AUMA. Please tell your friends in California to vote NO ON 64 for good reasons.

1)It allows pot shops sell marijuana candy and soda, near where children live. According to the Latino Report the former mayor of Downey said, “These things look just like the candy that children love, and I’m not sure why the pot industry feels the need to market such kid-friendly stuff, unless it is taking a page from the tobacco industry’s handbook.”

The marijuana lobbyists tell voters that “drug dealers don’t card but dispensaries do.”  That statement implies that children won’t take it from their parents, which is either very naive or deliberately deceptive. All evidence is contrary.

2) It fails to properly protect from stoned drivers: Proposition 64’s proponents refused to include a DUI standard for marijuana. This has become a real problem in states that have legalized pot like Washington, where the percentage of traffic deaths involving stoned drivers doubled in just one year post-legalization.

3) Stoned drivers and underage use packs a double whammy:  An under-aged marijuana user in Colorado recently killed an 8-year-old girl riding her bike.  In Washington, a 17-year-old driver killed three of his classmates while driving after he got stoned.  In the past four months, 17-year-old drivers killed bicyclists while driving stoned in three separate  fatal crashes.  Proposition 64 cannot make right the wrongs of marijuana legalization.

4) It puts the pot industry in charge of safety standards: Proposition 64  allows the pot lobby to set the  product safety and testing standard which  will be based on voluntary codes. That’s like putting Philip Morris in charge of tobacco regulation.

5) Increased homelessness/mental illness:  It will bring more people to the state for marijuana who may suffer from mental illness as a consequence of their drug use and end up homeless.*  California’s drug users already face the problem of homelessness.  At first glance, it seems that the West Coast has more homelessness because its warm weather attracts people. It may be that marijuana use —  most popular in the West — has caused the homelessness.

The marijuana industry tells us that “Prohibition has failed.”  Legalization is a much bigger failure.  Let’s not be duped again.  Please donate to either No on 64,  to Citizens Against the Legalization of Marijuana (CALM).   If you want to help all states fight legalization, please support SAM Action, and its educational wing, Smart Approaches to Marijuana.

In California, anyone who is 18 can get a medical marijuana card for the most dubious of reasons.  Some may argue that the by legalizing marijuana for adults only, the state will control its out-of-control drug dealing in the form medical pot dispensaries.  A state as big and diverse as California failed miserably with medical marijuana. What makes you think they can do any better.  Lt. Gov. Gavin Newsom says  California doesn’t want to make the same mistakes as Colorado, Oregon and Washington.  Then don’t legalize pot at all.