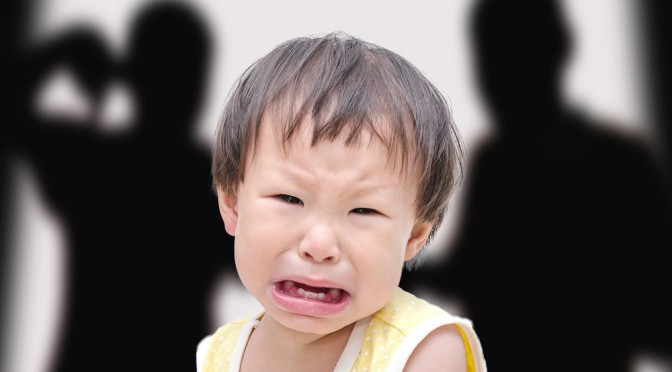 (Part 1 shows child justice failures in Court. Part 2 of this series is about neglected children who died in fires. Part 3 covers children who die in hot cars and in drownings. Part 4 explains parents who are addicted or psychotic from marijuana. Part 5 shows how children die through violence related to pot.  Part 6 presents a solution. See our updated fact sheet on 60 children’s deaths. Read a previous article,Three Children Die in Colorado.)

A Commitment Against Child Abuse and Neglect Must Address Pot Use

Prevent Child Abuse America and National Coalition Against Domestic Violence and groups dedicated to ending domestic violence will not make progress towards that goal until they unite in opposition to drug abuse. The notable drugs of abuse include marijuana.   Some anti-violence groups are as ignorant as our court system, because they do not accept marijuana and other substance abuse as the primary compounding cause of child abuse and neglect.  (Stress alone or poverty alone don’t cause child abuse. Substance abuse alone can cause child abuse and neglect. )

Prevent Child Abuse America was founded in 1972, shortly after drugs began to infiltrate American life.  Since the United States has 56% * of the world’s drug users and abusers, there doesn’t seem to be any progress in preventing child abuse in the USA.

Studies on family violence in the US prove that substance abuse issues are involved 50%  to 80% of the time, as reported by CASA Columbia in 2005.  Sources in Ed Gogek’s book,  Marijuana Debunked point to “70% of abused and neglected children have alcohol or drug-abusing parents.”  (We think 70% is a safe estimate.)

Fortunately there’s a network of domestic violence shelters in the United States. The shelters will impact positive change by linking substance abuse to their advocacy work. Terrible issues of violence against women and children will go unabated, if shelters fail to make this obvious connection.  Addicts don’t have control over their actions until they make successful efforts to quit the substance, even if “it’s just weed.”  Substance abusers blame others as their world falls apart. As their brains change, some addicts descend into sexual abuse and other depravities.

Addiction is the power which hijacks the brain, which takes away the will of the person, whether that person is the abuser of another person or the victim of domestic violence. Why would anyone fight for power over another person through violence, if that person hadn’t lost power over oneself through addiction?

If we examine the root causes, and rout out substance abuse, greater progress can be made in ending domestic violence, child abuse, sexual abuse and rape.  Prevent Child Abuse America and Futures Without Violence will be spinning their wheels unless they align their work with the National Alliance for Drug-Endangered Children.

Marijuana Abuse is an Issue for the Courts

Child custody and visitation decisions should take into account parents’ drug usage, including marijuana. It’s not “just pot,” as this child justice blog series —  profiling 43 deaths of young children — demonstrates.  We call on  the court system to acknowledge that drug impairment — including marijuana use — is not a gender issue.  Unfortunately courts forget this fact in the crossfire of fathers’ rights groups and women’s rights groups. Children suffered and died in the 43 cases profiled in our series because of parents’ marijuana usage leading to death.

When there’s evidence that any type of drug use leads to negligence, violence or criminal behavior, visitation is not in the best interests of the child.  A parent who has been violent to a partner or spouse could easily be violent to the child, especially if that parent uses drugs or alcohol.

Fifty to sixty years ago alcohol was most often the substance of abuse involved in violence, but now it’s other drugs. Today most addicts are poly-substance abusers. When the preferred substance is not available, another one is substituted.

Recently Los Angeles paid $450,000 to the father of a dead child because the department of Children and Family Services failed to act on signs of child neglect and abuse. The boy died in early 2011. The mother tested positive for marijuana, but, as in other instances, it was a violent boyfriend who killed the two-year-old.

How Can We Change Family Courts?

Is change in the air? In at least one state, Maine, the state’s highest court has ruled that using medical marijuana could make a parent unfit.  If a parent is addicted to pot and only pot, even if he or she is primarily caregiver, the courts could support that parent with an option to get treatment.  Senator Ron Wyden’s bill,  The Family Kinship and Stability Act, would provide funds to help the families of endangered children keep the kids, instead of sending them to foster care.  On paper, this idea is a good one, because foster care is riddled with problems.  However, if those funds support parenting classes –instead of substance abuse treatment–the effort might be fruitless.

The United Nations  Rights of the Child Treaty says children are to be protected from drug use in the home.  Under this treaty, signatory countries will not legalize psychotropic substances.

If the United States kept its treaties, we would have a better chance of protecting drug-endangered children.  Earlier this year, Senators Dianne Feinstein and Senator Charles Grassley wrote a letter to Secretary of State John Kerry demanding to know why the US is not keeping its treaties with regards to drug enforcement.

Let’s stop the pro-pot propaganda,  and make the US responsive consistent with the UN Treaty and make drug usage the core of all efforts to stop domestic violence. The simplest way to cut down child abuse/neglect is not to legalize marijuana or other drugs, legitimize its use and call it harmless.  (When people continue to claim the war on drugs doesn’t work and continue to undermine efforts to stop drug prosecution, these people are indirectly contributing to child abuse and domestic violence.)

*  Reports vary, but our source is the White House Office of National Drug Control Policy (ONDCP).  Other world anti-drug groups estimate that the US has 60-65% of the world’s drug users.  ONDCP gives the lowest estimate!

*** Kelleher, RC, Chaffin, M, Hollenberg, J and Fischer, E, “Alcohol and drug disorders among physically abusive and neglectful parents in a community-based sample,” American Journal of Public Health 84 (10), pp. 1586-1590. The report shows that substance abuse is involved in child abuse 50-80% of the time.  A very large group of 11,000 people, making this a case study that shouldn’t be ignored.  However, self-reporting and lack of self-awareness by drug-abusing parents could mean the respondents don’t always admit to it.

**** Friedman, Alfred, Glassman, Kimberly and Terras, Arlene, “Violent Behavior as Related to Use of Marijuana and Other Drugs,”  Journal of Addictive Diseases, Vol 20 (1), 2001, pp. 49-72.  A surprising finding of this study is that marijuana users in this sample were involved in drug trafficking and violent illegal behavior nearly as much as cocaine/crack users.