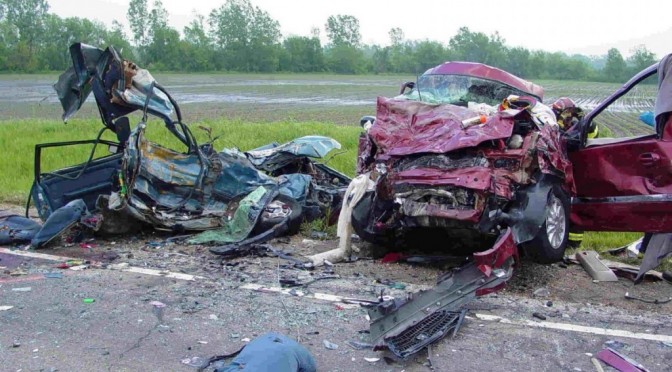 In advance of Canadian National Teen Driver Safety Week – October 19-25 — SAM Canada reminds all Canadians of the dangers of driving under the influence of marijuana. SAM Canada is the Canadian chapter of Smart Approaches to Marijuana.

Frequently people state the belief that feel they are better drivers when they are high. These beliefs are perpetuated by the marijuana lobby in their quest for legitimacy, legalization and commercialization.  When long-time stoners tell us this, it’s the youth who listen.  Young people are only 13% of the drivers in Canada, but they account for about one quarter the traffic fatalities and injuries.

The statements need to be stopped. Stoned driving is a legitimate threat to personal and public safety. Let’s face it, driving high is as dumb as drunk driving.  Here’s some facts.

• Marijuana is directly linked to impaired driving. A meta–analysis conducted over the past two decades on marijuana and car-crash risk concluded, “drivers who test positive for marijuana or self–report using marijuana are more than twice as likely as other drivers to be involved in motor vehicle crashes.”i

• A widely cited article in the British Medical Journal concluded that marijuana use doubles the risk of car crashes.ii

• Recent meta–analysis of nine studies found that marijuana “…use by drivers is associated with a significantly increased risk of being involved in motor vehicle crashes.” iii

• 63% of fatally injured drivers were tested for the presence of drugs, which is equivalent to 3,952 fatally, injured drivers. Narcotics and cannabinoids accounted for almost half of all positive results.iv

• Three decades of education on drunk driving and tough laws have had the direct effect of reducing alcohol-related car crashes dramatically in the last thirty years. A survey tested other drugs for the first time and found that 1 in 12 tested positive for marijuana. Data from peer-reviewed, published research finds that marijuana impairs motor coordination, reaction time, attentiveness, and perception of time and speed.

• In a study of seriously injured drivers admitted to a Levelt 1 shock trauma center, more than a quarter of all drivers tested positive for marijuana. Research conducted at the University of Auckland, New Zealand found that habitual marijuana users were 9.5 times more likely to be involved in crashes, with 5.6 percent of people who had crashed having taken the drug, compared to 0.5 percent of the control group.

From the United States, We Learn

• A report from the Governors Highway Safety Association (GHSA) shows that nationally drugged driving is increasing, while drunk driving is decreasing. October 7, 2015.

• Mothers Against Drunk Driving (MADD) has formally added drugged driving to its missions statement on January 20, 2015. Drugged driving is expected to surpass drunk driving by 2020.

• During the first week of marijuana sales in Oregon, Elizabeth Kemble, a beloved resident of Gresham was struck and killed by a 27-year-old stoned driver. Kemble was a pedestrian who was thrown 35 feet in the crash.  Similarly, several pedestrians were killed by stoned drivers in Washington state after legalization.

• Research from the National Institute on Drug Abuse (NIDA) shows that marijuana use not only impairs driving performance, but the impairing effects of marijuana and alcohol are additive – June 20, 2015. 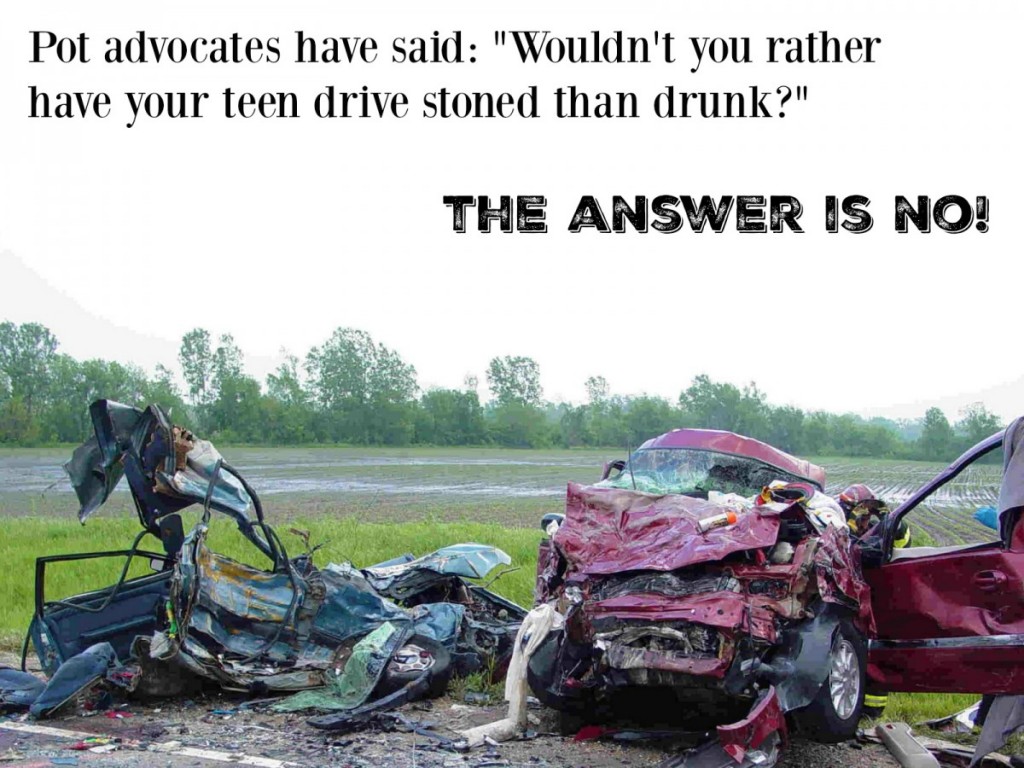 Cannabis and Driving: CCSA Report ( 2013) What Canadian Youth Think About Cannabis. ” A number of the youth believed that cannabis is safe and makes people better drivers by increasing their focus. Drunk driving was seen as being much more dangerous than driving under the influence of cannabis. In contrast, others felt that using cannabis while driving is dangerous and constitutes impaired driving. However, even those opposed to using cannabis and driving stated that it is not as dangerous as drunk driving.”v