Today there’s news out of Denver that is a negative for the marijuana industry.

SmithJohnson Research, a polling firm who has worked with Democrats and Republicans, today released a poll finding that a majority (51%) of likely Coloradan voters would oppose Amendment 64 today.  About quarter of voters thought the Amendment had done a good job at regulation, but most voters did not think so.   Supporters of Amendment 64 had promised that legalizing marijuana would keep it from children and teens and that hasn’t happened.

Forty-five percent said they would strongly oppose the measure. Only 36% said they would be strongly for the measure if it were on a ballot now. The telephone poll queried 600 likely voters, yielding a sampling error of +/- 4%. The top-cited concerns of voters were edible marijuana products and driving under the influence of marijuana.    (The measure passed in 2012 with 54% of the vote. Since that time and many disasters later, people have been able to see that marijuana legalization doesn’t work.)

“After two years of increased marijuana usei, a growing proliferation of marijuana candies aimed at children, more arrests in schools for potii, a jump in the number of people publicly using marijuanaiii, and an increase in marijuana-related driving citationsiv, we shouldn’t be surprised that Coloradans are coming around to opposing legalization,” said Kevin A. Sabet, Ph.D., an assistant professor at the University of Florida and President of Smart Approaches to Marijuana. ” The special interest marijuana industry has too firm a grip on regulations in Colorado, and voters don’t like what they’re getting.”

At the present time, an independent group of citizens in Colorado, Smart Colorado, is insisting on uniform labeling for marijuana edibles, one that would consist of a stop sign and something to denote the presence of THC.  The Health Department seems likely to adopt the new plan. 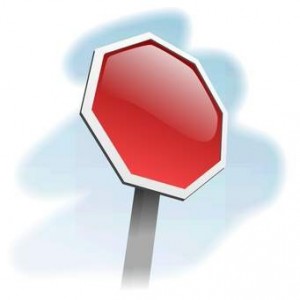 Bob Doyle, chair of Colorado SAM said, “We intend to kick-start those conversations so that Coloradans – rather than the marijuana industry – can determine the future of their own state.”
###

About SAM (Smart Approaches to Marijuana)

SAM is a nonpartisan alliance of lawmakers, scientists and other concerned citizens who want to move beyond simplistic discussions of “incarceration versus legalization” when discussing marijuana use and instead focus on practical changes in marijuana policy that neither demonizes users nor legalizes the drug. SAM supports a treatment, health-first marijuana policy.

iNational Survey on Drug Use and Health, Colorado State Estimates (2014).

ivDenver Police Department, Data from Aurora and Denver through Dec 1, 2014.