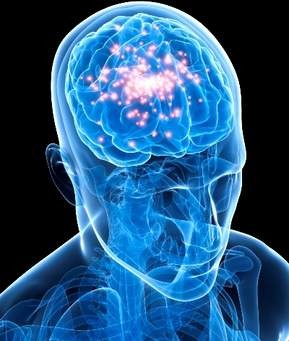 Epilepsy is a different disease for many people. Some people are born with it, some develop it from a head or brain injury. There are dozens of different types of seizures and it’s not just one kind of disease with typical symptoms for each sufferer, and the treatment options differ from person to person. What controls your seizures can be so different from another person, just like your seizures might be different than another persons. It’s not an atypical experience for every person.

I have occipital lobe seizures, which means my seizures originate from my occipital lobe, which is in the back of your head, near you neck. There are many, many types of seizures and they can all originate in different parts of the brain, because the brain is a very complex organ. There are over 14 different seizure medications on the market, and I have had to try 8 of them before I found one that actually controlled my seizures. But the other 7 actually made my seizures WORSE. Can you imagine that? An Epilepsy medication making seizures WORSE?

Well, it’s true and doctors and pharmacists will tell you that not every drug fits every person because the brain is a complex organ and seizures can originate in different parts of the brain in different people, causing different types of seizures. It is not uncommon for people with Epilepsy to have to try several different medications before they find something that works for them. SO, that said… one drug does not fit everyone, and when one drug helps one person, the same drug can actually make another person WORSE.

I cannot use marijuana; it makes my seizures much worse. I can’t even breathe in the second hand smoke or vapor from someone using it because even that will cause me to have a seizure. This is why I am hoping that people who use it for “medication” will smoke it in the privacy of their homes and not in public places, like movie theaters, parks, shopping malls, schools, grocery stores etc.

One man’s medicine can be another man’s poison. If you need it for some ailment, then that’s your business, but have some respect for other people and keep your intoxicating smoke and vapor in the privacy of your home. What is healing to you might actually make other people sick.

I don’t know if it’s happening like this everywhere, but there’s a myth among pot users that vaping makes their drug undetectable, and that’s just not true. I see people smoking and vaping in public places in Chicago daily–on the bus, in a school, in the grocery store at 11 am on a Sunday morning. It may not smell as strongly as when it’s smoked, but it still smells and it can still intoxicate other people or make them ill. But do addicts have control of themselves? Most don’t, so they can’t stop themselves from taking that toke outside of your kid’s daycare center or in the frozen food aisle.

(We previously wrote a piece on CBD, a substance derived from marijuana used for epilepsy, and an article on the Ketogenic Diet. Now we’re publishing a testimony by an anonymous follower of our blog.)