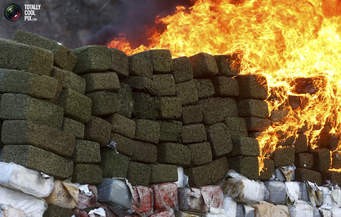 It’s not a war on drugs . It is a defense of our brains.

Letting massive numbers of children and young people to fall into drug addiction, as we are doing today, is an outrage. Nearly all those who die of drug overdose began their drug usage with marijuana.  How many more millennials will we allow to die by drugs and addiction, while we continue to lack good drug education?

What’s the point of pouring money into education systems at a time that we’re legalizing marijuana and making it so legitimate that high school students come to class stoned?  A teacher warned Colorado voters before they passed Amendment 64.

The Dunedin Study published in 2012 had over 1,000 participants and it tracked changes in IQ from ages 13 to 38 among users and non-users.  Those who consistently used marijuana the entire time lost 7-8 points in IQ. Those who began using marijuana after age 18 lost 3-4 points in IQs.  Users were compared with non-users.  Any differences in IQ caused by family issues and poverty would be apparent by age 13, the age at which testing began.  The Dunedin Study followed participants until age 38.

How are we going to explain to the next generation that their IQs are 4-8 points lower then they should be?   The blame clearly falls with the US government and an education system which failed to educate of this risk — and the risk for psychosis — to marijuana users.

However, as long as some groups keep saying the the “War on Drugs” has failed, these pro-legalization activists are preventing better policy and better education.   If we can  treat drugs at the root, not after the problems have gone too far, we will save more lives! Right now, the US is emphasizing a harm reduction policy over prevention, which we believe is an upside-down, backwards strategy.  Harm reduction offers temporary solutions with no guarantee of long-term success.

It was Dr. Bertha K. Madras who originally said, “This is not a war on drugs, it is a defense of our brains.” Dr. Madras wrote a brief article for the Marijuana Report this week.

Dr. Madras was recently called upon to testify in California about the rescheduling of marijuana. The judge sided with the government, based on Dr. Madras’ testimony.  She was only government witness, while the opposition had tons of witnesses. Read her summary, Federal Judge Refused to Reschedule Marijuana Under the Controlled Substances Act.

Letting people fall into the trap of disinterest, loss of motivation, lower IQ, inability to grow up, addiction and/or mental illness are horrible outcomes of giving up our fight against drugs.   It doesn’t matter if mistakes have been made in the “War on Drugs,” since no policy or system will ever be free of errors.