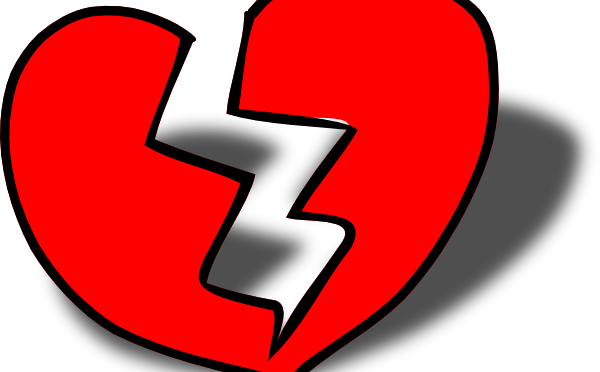 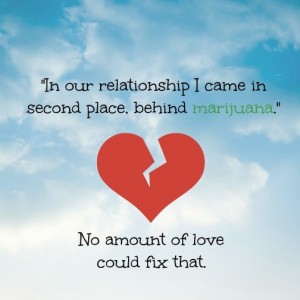 He Loved Marijuana More Than Me

Imagine you find the love of your life and are afraid to lose him. Smoking pot is the only way to keep him in your life. My name is Cammy, I’m 22 years old and this is my story.

I first met Ryan in October 2012. I didn’t think much of him at first. We had mutual friends and started bumping into each other frequently. After multiple encounters he asked me out to the movies. I agreed and to my shock I was in a relationship. I didn’t take him seriously at first, our relationship was only supposed to be a fling. It quickly grew into something more serious. We dated for 2 years and 3 months; our relationship ended January of 2015. I loved Ryan and at the time I thought he was going to be the father of my children. Unfortunately, I learned the hard way that I would always be second place to marijuana.

Marijuana had always been a constant factor in Ryan’s life. When I met him he was no stranger to smoking joints every day after work. Whenever he wasn’t with me I knew he was smoking pot with his “boys.” His day-to-day routine was getting high. When I came into the picture I succumbed to his vice. He brought me on board his (what I thought at the time) ‘chill’ lifestyle. We smoked every day until it became a habit. When we both got off work we would go into his car and light up a joint. Normal couples go to the movies, the pool, or fine dining restaurants but not us. Smoking marijuana was what we did daily as a couple until it became the only thing we had in common.

My life really took turn for the worse during this time period. I was smoking weed seven days a week for two years and three months. Looking back I can pinpoint how I felt the first year and then the second year. The first year I saw it as a way to keep Ryan by my side. We were both having fun (sometimes his friends would join in) and for some reason it made me feel good about myself. I felt calm with positive vibes all around me.

By the second year I realized nothing good lasts forever. I was moody, lazy, and unmotivated. My work ethic was slowly dropping and I was always late for work. My self-esteem also suffered. I didn’t want to be outgoing like I had been in the past. I didn’t feel confident. I always stayed home or went out with Ryan to smoke more pot. As a result my relationship suffered. Every time I would have a bad day at work I would take it out on him. Arguments would escalate from minuscule things. We were always fighting, breaking up, and then making up. The worst part was that Ryan didn’t act like he cared. I should have expected that a pot smoker will never put you above their high.

I was smart enough to walk away when I did. I knew the Cammy standing in the mirror wasn’t the same one my peers had always known. Where was my confidence? Where was my ability to laugh and have fun? Smoking marijuana daily for two years made me into a different person. Ryan was no help. He was never going to stop smoking pot. He didn’t bother to ask why I was feeling this way or notice that our activity of choice was making our relationship intolerable.

I made the choice to break up with Ryan because I knew as long as he was in the picture I wouldn’t have a future. I would end up being just like him: a daily pot smoker with no goals. Besides I knew Ryan was never going to change. He loved marijuana more than me. At first I thought smoking alongside him would cement our relationship and give us something to do. I learned the hard way that marijuana is no foundation for a relationship. Daily drug abusers need that high to function. The amount of love I was showing Ryan wasn’t enough to stop his marijuana addiction. I stopped my impulses but not his.

I will never love someone who loves pot more than me.

This is a true testimony by a woman who wishes to remain anonymous. For her privacy names have been changed.