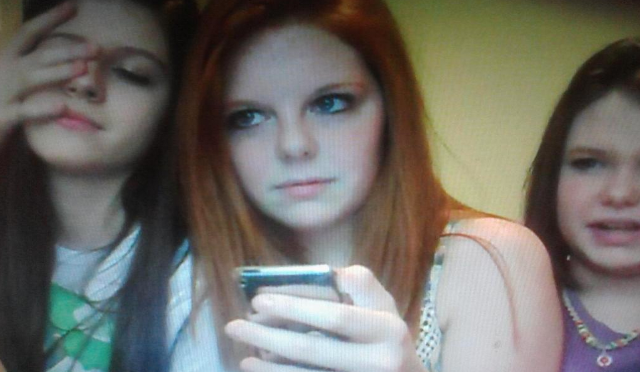 (Read Part I for background information on Pretty Little Killers, by Daleen Beery and Geoffrey C Fuller, about the murder of Skylar Neese.)

Why would this sad set of circumstances happen to girls from wild and wonderful West Virginia, where people still live in friendly, small-town communities?  Skylar lived in Star City, right outside of Morgantown, home of West Virginia University.  Families who had lived in the area for generations mixed with the international student body.  It was not a sheltered environment. Can we possibly understand how it happened so that other parents don’t go through the incomprehensible suffering of Dave and Mary Neese?

The three girls had much in common as only children of adoring parents who struggled financially. They were excellent students, but Skylar was undoubtedly the smartest. The book mentions that there was substance abuse in all three families, but keeps that information vague.  Their parents had challenges, but substance abuse does not appear to be a major theme in the family life of these three girls.

Shelia and Rachel had parents who divorced when they were very young. In such situations, a child often knows he or she is the center of the parents’ world. There could have been poor boundary setting at home which carried over with friends.  In a sense, these parents worked hard  and did their best for the circumstances. In the end, it’s unfair to judge the parents in this society that claims marijuana is harmless, and that warning teens against pot is “scare tactics.”

Rachel stood out as a talented actress and singer.  She was the only one of the girls who had an outwardly religious upbringing. She and her mother were frequently at odds, somewhat typical for mother-daughter relationships in that age group. Her mother set limits. Rachel always liked attention, but so did Shelia.

A few things set Shelia Eddy apart from the other two. Her father was disabled from an auto accident and her mother remarried three years before the murder. The remarriage was hurtful at the time, though it gave her and her mother more financial security than they had ever known. Shelia’s pot use and her wild and attention-seeking behaviors could, in part, be reactions to her mom’s remarriage. It’s hard to blame her mother for wanting a chance at happiness, but the new couple responded to the challenge with permissiveness. Giving Shelia a car when she turned 16 didn’t help the situation, because she used it to go out at night with the friends and get stoned.

Adolescent and teen girls can have difficult, feisty relationships with each other. Drama, jealousy, enmeshment and the inability to let go are frequent.

What’s different about these girls? At age 14 and 15, they were smoking weed very often (p. 19).  Living near a college town, they probably had access to today’s turbo-charged, high-THC pot. Shelia seems to have smoked the most and had the most access to weed.

One wonders why the girls ever thought they could get away with a murder.  They murdered across the state line, in Pennsylvania, which may be why they thought they would not be caught. There’s both delusional thinking and erosion of conscience that comes with much marijuana smoking.  (It was rumored they had discussed getting rid of her up to nine months earlier, but the murder was hardly a well-thought out plan, as the book shows.)

Pretty Little Killers mentions that Shelia mainly used weed as her drug of choice, but also used cocaine and Roxicet derived from oxycodone. The book’s authors could not find evidence that Skylar and Rachel used drugs other than pot and alcohol.  According to the book, when Skylar asked her friends about the rumor they were going to kill her, Shelia responded with emotional detachment and joked about the stoner mentality.  “Don’t smoke so much weed you think people are out there to kill you. You know you can’t trust a stoner, anyway.”

The book mentions a possible motive was that Skylar knew Rachel and Shelia had a sexual relationship and threatened to tell others. Authors Berry and Fuller aren’t convinced this is the real reason. Rachel has posted photos of herself kissing a girl on Facebook. Given the fluid sexual relationships of teens today, fear that Skylar would expose a secret does not entirely explain the murder.

Other friends interviewed in the book say that Skylar was a trustworthy confidant.  She made friends easily.  Shelia and Rachel may have been jealous of her. Skylar was the smartest, most amiable and arguably the most attractive of the three. Her family was intact.  Her life may have appeared too easy too Rachel and Shelia.

How could teen girls become so twisted?  (Read Part 3 and conclusions for some answers.)