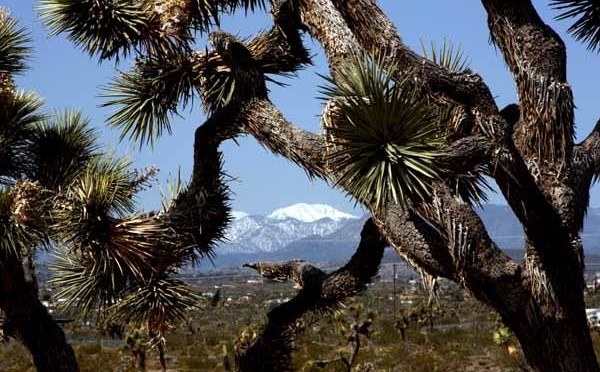 The vote to ban medical marijuana dispensaries was  slightly under 60% in Yucca Valley, and slightly over 60% in Riverside.

Cannabis industry groups and the marijuana lobby have spread a message that nationwide legalization is inevitable.  If that rumor is a tactic to stifle opposition, quite the opposite is happening.  StopPot2016 has been organized in advance of a statewide ballot initiative that is expected in November of next year.  Calmca (Citizens Against Legalizing Marijuana) defeated a ballot in 2010 and continues to work against a new ballot.

The momentum of pot legalization has been reversed. The inevitability of legalization was always a myth, but now it’s dead.    Last week the McClintock-Polis Amendment to stop Federal prosecution of recreational marijuana was defeated in the House of Representatives.  Furthermore, the marijuana industry/lobby has lost every major Court battle recently.

Last month the County Council Snohomish County, Washington, voted to continue the ban on marijuana grows in rural areas of the county.  Residents of Niwot, Colorado, organized a group, No Pot in Niwot, to show opposition to a proposed marijuana grow.  A survey in the town showed that 75% of the respondents opposed, although Boulder County will have the final say.

These victories for community show that even a small amount of education and opposition can result in defeats for the legalization movement and its heavily-funded marijuana industry and lobby.

Lori Green, a member of the Yucca Valley chapter of Citizens Against Legalizing Marijuana led the opposition. Green learned about marijuana dispensaries when one opened next to her daughter’s ballet school in the Monterey Business Center. “I’m against the marijuana shops because of the impact they have on young people. The propensity for addiction, the drugged drivers on the road and the message it sends to our kids are all reasons we should not allow this harmful business in our community,” she said.

In California, 75% of the state doesn’t allow the dispensaries.

“Almost every time voters are given the opportunity to allow pot shops in their communities they have soundly rejected the proposals. The voters know pot shops are not serving the seriously ill, they are drug dealers providing drugs for recreational use.” says Scott Chipman, co-chairman of Citizens Against Legalizing Marijuana and San Diegans for Safe Neighborhoods. In 2013, California’s Supreme Court unanimously ruled that cities and counties can ban marijuana dispensaries.

Similar measures were defeated in the cities of Encinitas and La Mesa in November 2014 and in Del Mar,  Solana Beach, Lemon Grove and Imperial Beach in 2012.  Each election resulted in opposition above or near 60%. These defeats for the marijuana industry send a clear message that residents do not want medical pot shops in their cities, let alone legalization of marijuana for recreational use.

Marijuana dealer/profiteers and drug legalizers are targeting small cities.  They to make money quickly and establish “big marijuana” markets in anticipation that pot will be legalized by a vote in 2016.

Marijuana storefronts have been magnets for crime. Cities with pot shops incur substantial public safety costs and police and sheriff’s offices are not adequately prepared to effectively monitor and regulate them. That’s why so many California cities don’t allow pot shops.