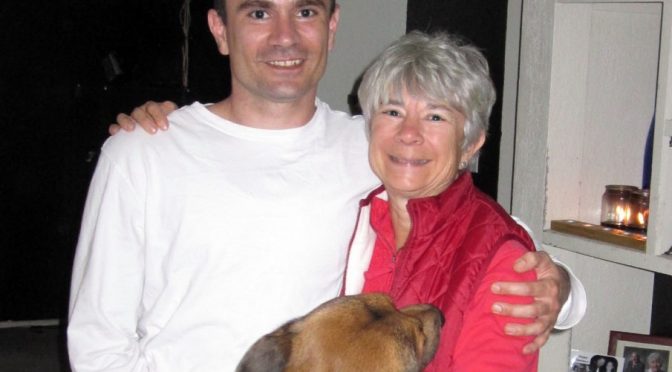 I belong to the club no one wants to join. My son died by suicide in March 2014 at age 31. I have since met other mothers enduring this life change and trying to heal as I am. I find we mothers feel and behave like all mothers – trying desperately to protect our young. We protect children we still have and others threatened by the same harm that took our children. Some of us behave like badgers – we are serious and a force to be reckoned with. Like disturbing a bees nest – we go to work to rebuild our lives honoring our children that left us far too young.  (Read Sally’s previous testimony, Who Said No One Ever Died from Marijuana?)

My son left a note that included these words “Marijuana killed my soul + ruined my brain.” My son desperately tried to break his marijuana addiction in his last days. Whenever I hear and read the words that marijuana has never killed anyone, is harmless, is not addictive, my heart hurts.

My new friends in the club no one wants to join and I work to educate others, especially other young people and the medical profession. There is a strong relationship between marijuana use and psychosis and suicide. But a terrible thing happens when we speak out. When we publish our stories, offered in efforts to protect and educate others, the comments that ensue in social media are brutal.

I volunteer with an organization that fights to educate young people about substance abuse. My organization has been criticized for taking advantage of me and my son and told they should be ashamed of doing that.

Who attacks well meaning parents and community service organizations working for public health? I am never approached personally, thank goodness. You attackers make it clear you support legalizing drugs, claiming that will be safer for our children. I cannot understand that. Especially now that I look at that from the perspective of a mother missing her wonderful son who should still be here today.