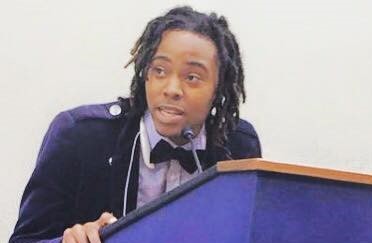 “You must be the change you want to see in the world.”     Gandhi            Human potential has no boundary, and as individuals we possess no limits except the limits that we impose on ourselves. I began abusing substances at the age of 13.  And my use would lead to the development of a debilitating addiction that would cause me to spiral down a path toward self-destruction.

In 2011, I was put out of school in 9th grade, and I found myself in front of a judge due to possessing narcotics on school property. When one takes a look at our current world, they will notice that with drug involvement comes varying degrees of violence. Apart from taking on a juvenile record, and being put out of school for a period of 3 months at 13, my usage and experience with marijuana caused me to be surrounded by individuals who were not living a positive lifestyle. Drug usage stimulates the negative aspect of human potentiality, and when one continuously stimulates the negative aspect of human potentiality, they will find themselves on a path that is filled with negativity, otherwise experiencing a “hellish” state of existence. During the point in my life when I was abusing drugs, I found myself around individuals who were in perpetual cycles of never ending violence, and if I didn’t separate myself from the lifestyle that I had been living, violence would have consumed me.

In 2013, I lost an important person in my life due to drug violence in Southeast DC. It was the death of this individual that caused me to realize the ramifications of the choices that I had been making. I knew that if I wanted to change, I needed to remove myself from the challenging environment that I had been in. At the beginning of my 11th grade year I moved to Chesterfield VA.  But little did I know that this would be the beginning of my journey in substance abuse prevention.  As if it were destined, I stumbled across a coalition by the name of Chesterfield SAFE (Substance Abuse Free Environment). This coalition would help me blossom into the young man that I am today. SAFE gave me the platform to take my internal desire for change to the greater Chesterfield Community at large. My work with SAFE led to my coalition winning CADCA’s national dose of prevention award, changes in Virginia Legislation, and reductions in youth drug abuse that were indicated by annual surveys.

If I could give any advice to youth it would be to always begin with the end in mind. Drug usage is a road to nowhere but self-destruction. The temporary feelings of a “high,” are not worth the inner and outer states of turmoil that will ensue from the usage of drugs. Life is a long journey that comprises of two important dates and a dash in between. Do not allow for drug usage to set up roadblocks and stop you from running full speed in life. Drug usage limits human potentiality, and in order for you to become the best version of yourself, you need to live a substance abuse free lifestyle.

I completed my first semester of college at American University located in Washington D.C., I then took my next semester off to pursue dreams in music production. A sober mind is a powerful mind, and the will to change must start within. In my journey I have come to the realization that a sober mind is the key to creating the reality that we wish to experience. The cards that an individual is dealt in the game of life, will not be the determining factor in the outcome of that individual’s game of life.

Dream impossible dreams, and always strive to become the best version of your-SELF!

DeJohn Taylor is Youth Ambassador for Community Anti-Drug Coalition of America. He is currently in the process of becoming a youth trainer for CADCA’s National Youth Leadership Initiative. DeJohn recently addressed the 4th Congressional Forum on Addiction and Prevention, in Washington D.C.