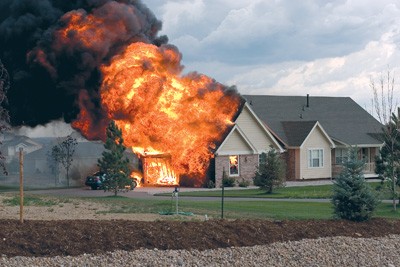 One of 5 men injured in the butane honey oil explosion April 13 has died, bringing the total of BHO deaths in California this year to 4.  It happened in Redding.  On Wednesday night, two more people burned in a BHO fire in an RV park in Redding, with one victim burned on 84% of his body.

Called BHO labs for short, the term is used to describe how amateur chemists use fire to extract the potent hash oil from the marijuana plant.  Other nicknames for BHO are “honey oiI,” “dabs,” “wax” and “shatter,” to name a few.  It  gives a faster, longer lasting high, and is cheaper to make at home than to purchase.  There was another BHO death last month, also in Shasta County.   Two died in Los Angeles County on February 17 of this year.

Compared to last year  — when 32 people died in California from BHO lab injuries — it may look like the explosions are dying down.   However, as of April 3,  there had already been 18 fires in California this year, compared to 102 fires last year.

Two children died at a BHO lab site in 2013, and 5 children were injured that year.

It’s a felony for amateurs to manufacture BHO in California, but illegality has not stopped the practice.   Last year 291 illegal labs were found and 102 of these lab sites resulted in fires and explosions.  Colorado, Oregon and Washington also have issues with these fires.  In this decade, BHO labs have replaced meth labs as the most dangerous illegal drug manufacturing practice.  FEMA issued a warning about the problem over 2 years ago.

In an explosion in Rancho Cordova last January, 146 people in an apartment complex were displaced.    In Walnut Creek on Halloween, an entire 8-unit apartment building was in flames and all residents were displaced. One of the worst fires was in Bellevue, Washington, where 100 firefighters and police put out the flames in two 12-unit apartment buildings over a 7- hour, in November, 2013.   Neighbors jumped from the 2nd and 3rd floors.  The woman who died was a former Bellevue mayor, who sustained injuries while trying to escape.

No one had heard of BHO explosion before 2010, when the first injuries occurred in California and other states.   Our information comes from the California Drug Endangered Children Training & Advocacy Center, in Oroville, CA.