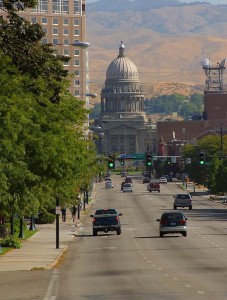 He vetoed a bill that would have allowed a non-pharmacy grade of cannabidiol oil (CBD) to be purchased through an uncontrolled system from questionable sources. Instead, the governor decided upon a plan allowing children with intractable epilepsy to access Epidiolex, a pure, pharmaceutical-grade of CBD, through an FDA-approved clinical trial.

The governor’s decision provides access to CBD oil without violating federal law or going outside of the protections offered by our system of approving medicine. It also provides for the CBD oil to be obtained and administered under strict medical supervision while advancing scientific research into the possible uses of the substance.

The governor followed the advice of state agencies: “While we acknowledge the compassionate intention of S1146a, the list of negative outcomes associated with this bill will be extensive. In our quest to relieve suffering, it is vital that we ensure the solutions employed do not exacerbate health problems of the critically ill or decrease public safety”

Both the House and Senate had been told by the state office of drug policy, the state police and department of health and others that there were too many questions and problems with S1146a. That bill did not adequately look past the potential for misuse and abuse with criminal intent. The Department of Health and Welfare will investigate and monitor long-term outcomes.

Parents Opposed to Pot agrees that only CBD oil that passes scrutiny and guarantees purity should be approved.  Cannabidiol is one of 60 cannabinoids in marijuana.  Another cannabinoid, THC, counteracts the effects of CBD oil. THC is known to cause seizures, and those who receive cannabidiol without removal of the THC are put in a position of risk, especially for the brain.

At least 13 states have some type of policy for allowing CBD oil for children’s seizures. The state of New York is cooperating with the clinical trials carried out at New York University.  It is assumed that Idaho would follow the same plan.