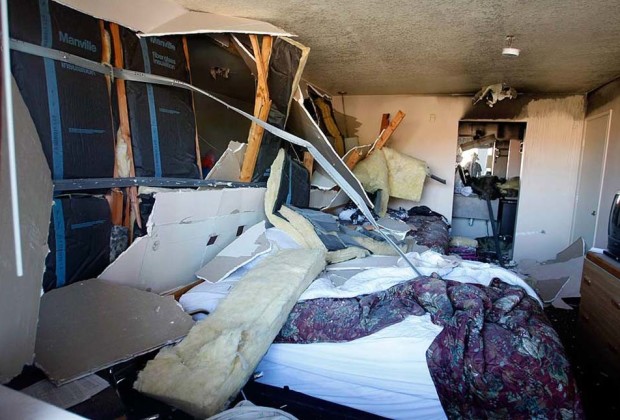 JANUARY 30, 2013. SAN DIEGO, CA. One of at least 6 rooms that were heavily damaged by an explosion in the Heritage Inn Express motel in San Diego. In an adjacent room to this one, two persons were critically burned in a makeshift drug lab. The explosion caused damage to at least 6 rooms. San Diego police, firefighters and officers from the NTF responded at 11:15am as residents were evacuated. Burns suffered by the two are “potentially life-threatening” said Maurice Luque, a spokesman for SDFire.