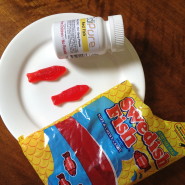 In Colorado and California, marijuana entrepreneurs have used deceptive packaging which is enticing to youngsters.  Many candies look like children’s favorites, such Reese’s Peanut Butter Cups and Gummy Bears.  At least nine incidences of marijuana poisoning in children have occurred in Colorado this year.  The problem of pot candy is expanding to other states, as the word is out and a “ganja-preneurial” spirit spreads.

There’s a huge business behind pushing cookies, candies and edible forms of marijuana, considered to be safer than smoked or vaporized pot, but these products take longer to have an effect and often lead people to ingest larger amounts to get their “high.”

When it comes to the presence of medical marijuana, it doesn’t help that centers go by names such as Green Health, Altitude Wellness Center and Ganja Gourmet, spreading the idea that their product is not only healthy, but miraculous.

The Colorado Assembly took action after two marijuana deaths in the state related to the edibles.  In March, a 19-year old exchange student jumped four stories to his death after eating a marijuana cookie. More recently, a 47-year old man shot and killed his wife while “totally hallucinating” after eating marijuana candy, as the wife had described in the 9-1-1 call. The couples’ three children, who lived through that event, have technically lost both their parents and the father has been charged with murder.

The state Department of Revenue has until Jan. 1, 2016 to adopt rules that require edible retail pot products “to be shaped, stamped, colored, or otherwise marked with a standard symbol indicating that it contains marijuana and is not for consumption by children.” Another new law will set limits for concentrated forms of marijuana such as hash oil.  Smart Colorado, a grass-roots citizens’ group, worked on the passage of these laws in order to protect  children from unscrupulous marketers and businesses, but concessions to the money-hungry pot industry prevented immediate action.

Marijuana Poisonings Spiral Out of Control

According to the Rocky Mountain Poison and Drug Center, twenty-seven people have reported poisonings from marijuana edibles by early May of this year.  Nine were children who swallowed innocent-looking edibles, most of which were in plain sight or in the refrigerator.

The increase in hospitalizations linked to traditional pot began about 5 years ago, when medical marijuana expanded exponentially in Colorado due to supposedly relaxed regulation.  Around that time, doctors at Children’s Hospital Colorado noticed kids were coming into the emergency room after accidentally ingesting marijuana.  To find out if new policy affected this problem, medical professionals analyzed emergency room visits for kids under 12 who ingested or were poisoned by marijuana between 2005 to 2011.

From Jan. 2005 through Sept. 2009, there were no marijuana-related visits among the 790 emergency pediatric patients, according to research published in JAMA Pediatrics.  Between Oct. 2009 to Dec. 2011, however, 14 of 588 children were seen for marijuana exposure — 8 involving medical marijuana and 7 from food containing the drug.
Parents weren’t quick to admit or didn’t know that their child had gotten into their marijuana stash.  One child had an unnecessary lumbar puncture and another underwent a CT scan while doctors tried to pinpoint the cause of the problems.  In several cases, the marijuana belonged to grandparents. Young children who are exposed to high levels of THC can hallucinate, be difficult to arouse and have trouble breathing.

It’s quite ironic, but there’s also been a  rise of poisonings caused by synthetic marijuana in Colorado this year.   The market for illegal synthetics rises with legalized pot — perhaps because legalization increases the appetite for all kinds of hallucinogenic experiences.

There have been huge problems with edibles in California, where  medical marijuana is plentiful despite the state’s voters rejecting legalization in 2010.  Recently, a 21-month old baby girl was taken to the emergency room after going listless, apparently from picking up someone’s discarded marijuana candy on the beach.

Pot advocates suggest telling parents and grandparents to take the same precaution they would in keeping other drugs and alcohol away from children, but clearly something more devious appears to be happening with so many instances of accidental carelessness.

In Vallejo, California, four fifth graders became sick and were taken to the hospital.  It turned out that the students had bought cookies at a convenience store across the street from the school without knowing they were laced with marijuana.  How would the children have known when they looked like yummy chocolate-chip cookies?

A similar incident happened in Marin County, California, last year.  Additionally, a 21-year old in California was deceived by packaging for a candy bar.  He ended up in the emergency room on a suicide watch, because he didn’t know one bar contained six servings.

These instances are a few of many examples, and it’s not valid to merely blame the parents when the lack of regulation on packaging and distribution allows the products to dupe people.

In California — where recreational marijuana is not legal — it’s the proliferation of medical marijuana dispensaries which have caused the problems.   At one time, there were around 1000 medi-pot dispensaries in Los Angeles, until public outcry forced the city government to take action.  The message that marijuana is “the good life,” “healthy,” “normal,” and a “natural high” has devious consequences.