Supporters of pot reform promised legalization would “regulate” it and keep profits away from cartels.  It was “inventive” to think a “weed” could be regulated. In practice, the lure of without much worry about devious marketing practices, kids’ perceptions and the consequences of child abuse. It was national news when 4th graders bought and sold marijuana at a Greeley, CO, school, on two separate occasions  during the week of April 21, 2014.  Both children had taken the marijuana products from grandparents.

The “trickle-down” effect that comes when pot is promoted for its money-making potential, and the increased usage, have been tragic for children in Colorado and in Washington.  A two-year old died in a house fire in January, 2014, while his parents and had been smoking pot with friends, leaving the boy and his 5-year-old brother unattended in another room with a cigarette lighter.  Previous child-welfare workers who visited the Sterling, Colorado home found THC in the systems of both boys, and their parents were charged with carelessness.  Facebook pages showed that the 27-year old mother was a medical-marijuana cardholder.  (The older boy and parents survived the fire.)

In April, 2014, two children had to be rescued from a burning townhouse in suburban Denver, after the father and his girlfriend had been burning hash oil.  Authorities have charged the homeowner with arson and child abuse, but it was the fifth fire in only one week caused by making butane hash oil from marijuana.  It happened again  on May 17 outside of Colorado Springs,  this time involving a three-year old girl whose life was endangered.

Shortly after marijuana possession was legalized in the state of Washington, in March, 2013, a 24-year old mother in Centralia was arrested after a cell-phone video of her giving a 22-month old son marijuana from a bong had surfaced.  She was smoking pot with friends, friends who dared her to give the marijuana to him.  The mother explained her action as a response to “social pressure.”

Marijuana advocates defend their tolerant policies by saying “bad parenting is bad parenting,” but the more likely scenario is excessive use at a young age prev 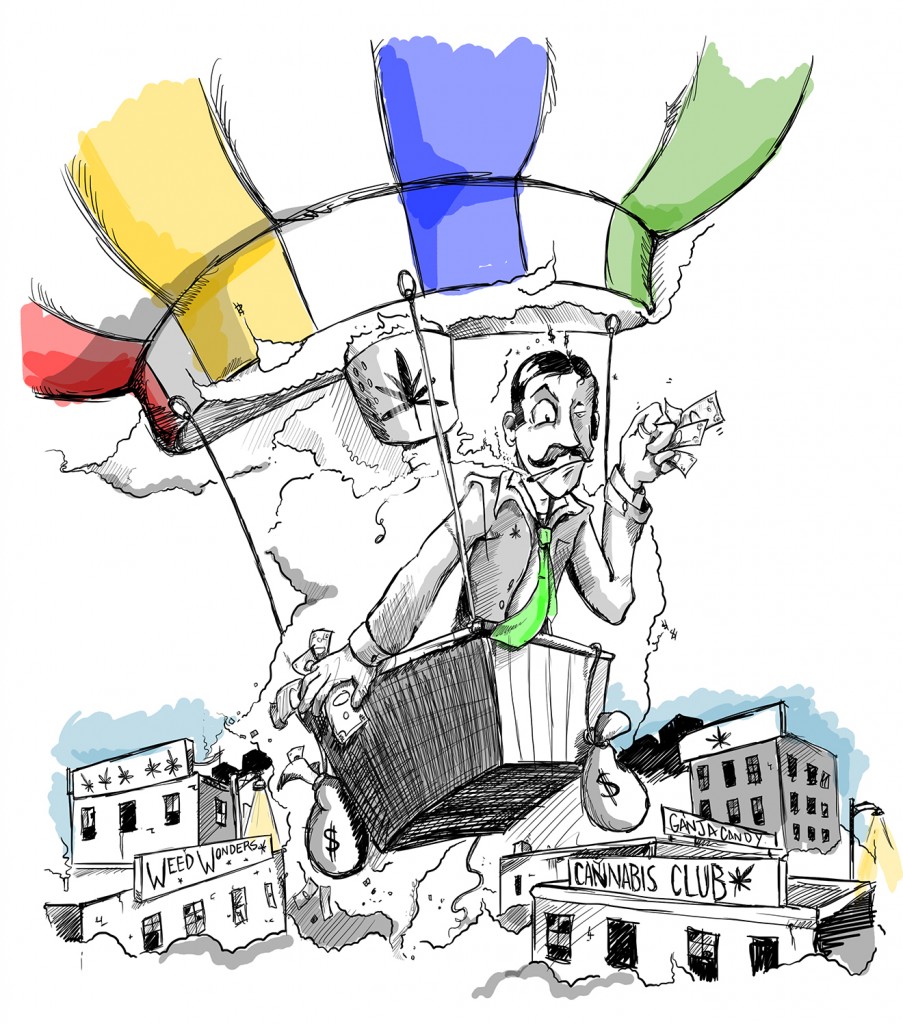 ents the natural maturing process of teens becoming adults.  The Washington and Colorado mothers were not teenagers, but they probably had been toking for years  while undergoing the damaging effects of pot on certain areas of their growing brains.  Furthermore, marijuana was known as the the drug of choice to Casey Anthony.  (In contrast, cigarettes do not damage the mind, and tobacco smokers in their mid-twenties would not find giving cigarettes to a baby humorous.)

Medical marijuana—often diverted to teens who did not have a prescription–had been abundant in these states before statewide votes of November, 2012, which made recreational pot legal.

Crime has gone up in Colorado during the first months of 2014, despite that the pot industry claimed otherwise.  The largest federal raids ever of Colorado’s medical-marijuana industry culminated on April 28, 2014, with the indictment of four people on accusations they funneled and laundered hundreds of thousands of dollars from Colombia to buy a Denver warehouse.

On December 5, 2012, the day that weed became legal in Washington state, two hooded intruders were shot to death during a break-in attempt into a marijuana growing operation in Puyallup.  The large, gated home had a 6-car garage with a loft above where the marijuana was grown.  The 35-year old owner was held for questioning by police because his marijuana possession exceeded the legal limits, and he since been sentenced to 7 years in prison.

Three people were shot at the first 420 festival in Denver in 2013, the first 420 event after marijuana was legalized.  In 2014, Denver police doubled up on the event to avoid an increase in violence.

In March, 2010, a resident of Orting, Washington, was beaten to death while defending his marijuana plants.  During another home invasion and shooting incident in 2013, the intruder “reeked” of marijuana.

California’s huge medical marijuana program carries its own crime network, with one person shot and killed, another injured, while trying to rob a dispensary in San Diego last month.  In Humboldt County, California, the marijuana growers are major polluters who contaminate the water by using pesticides, and threaten the water supply at the expense of drought-stricken residents.

Legalization advocates promised it would reduce the activity of cartels, but the Mexican cartels have given over much of their business in America to feeding the epidemic of heroin.  Former New York Mayor Michael Bloomberg was correct when he predicted that marijuana legalization would encourage the dealers to turn their money-making ventures into other drugs.

In addition to the problems with pot edibles, Colorado has also been forced to address a problem of drug-endangered children.  Senate Bills 14-177 and 14-178 address this issue and define when a parent or guardian’s drug use, possession, distribution, cultivation, or manufacturing puts their child’s health and safety at risk.  The Colorado Alliance for Drug Endangered Children (Colorado DEC) is behind this legislation.

Recent data suggest that addiction is a leading cause of over 80 percent of child abuse cases, according to Colorado DEC. This strong correlation between substance use and child abuse, coupled with the current broad language of the law in Colorado, has been making it harder to protect children in the state.

Perhaps the fire and loss of a 2-year old in Sterling could have been avoided if better child-protective parameters had been in place.

Or, if those who create the marijuana hype would be less vigilant in the promotion of pot, the parents may not have been so reckless.